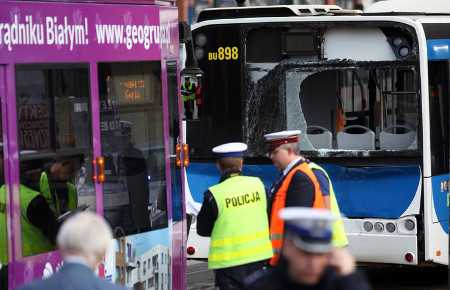 Sixteen people were injured in the centre of Krakow, southern Poland, when a bus and a tram were in collision near the city’s main railway station.

The number 3 tram was behind the number 424 bus when the accident happened, on ulica Pawia, just before 7am on April 28.

Six ambulances and five fire appliances took part in the rescue at the scene. According to Krakow’s city office, 16 people were hurt but none are thought to have life-threatening injuries.

Krakow police are investigating the cause of the accident. Traffic remains heavy around the city centre, as the area around the railway station was already subject to diversions due to repair work on tram lines nearby.

Last week, 30 people were hurt in Poznań, during a collision between cars and a tram.