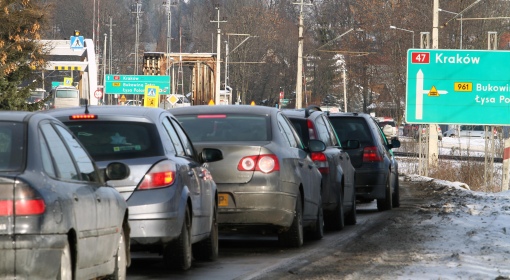 More than half of the cars registered in Kraków could be banned from the city centre when new smog-busting rules come into force next year, because they do not meet European emissions standards.

Vehicles produced before 2005 that do not meet EURO 4 and EURO 5 standards will be affected by the ban. But, with around 325,000 vehicles in Kraków, this would effectively cut off half of the city’s drivers from the centre.

Older buses, bought and converted for private use by residents, will also be hit by the ban. Even some public transport buses would fall foul of the emissions standards rule.

However, some experts are doubtful about the reliability of the tests used on older vehicles. They also question whether the ban could be policed effectively.

Speaking to the Polish language newspaper Gazeta Krakowska, Professor Marek Brzeżański , of Politechnika Krakowska’s Institute of Motor Vehicles, said that a better option would be more stringent testing procedures for certification that is already required.

“The law states that cars must pass regular inspections. However, I have serious doubts about the reliability of these tests. There are also too few resources and too little enforcement for controlling the quality of emissions from vehicles on the streets of Kraków.”

Professor Brzeżański also suggested that it was impractical to enforce such a ban, short of stationing police officers at intersections to test passing cars. He said that even a basic emissions test took at least 15 minutes, and that the three emission test meters recently purchased by the city for the use of traffic police were too little.

City council proposals are that the drivers of cars that meet EURO 4 and EURO 5 emissions standards will receive a sticker indicating that they can drive into the city centre. Although the law is expected to be finalised this summer, and to come into force in 2016, councillors want to implement an ‘adjustment period’ to help drivers get used the new regulations.

One thought on “New EU rules could halve cars in Kraków”