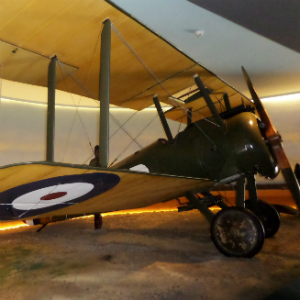 Opened at the end of July, the new space is a hangar decked out to resemble the places these fighting machines would originally have been housed and maintained between missions over the Western front.

“This is a unique collection in the world, because the aircraft on display are some of the very few survivors of their types – the historical value of the exhibition is extremely high”, said Jarosław Dobrzyński of the museum’s exhibition department.

There are eight complete aircraft on display and  part of one more. “They are from different countries, but most of the aircraft are German, because they were originally part of a German collection that was evacuated from Berlin to Poland in 1944,” Dobrzyński added. 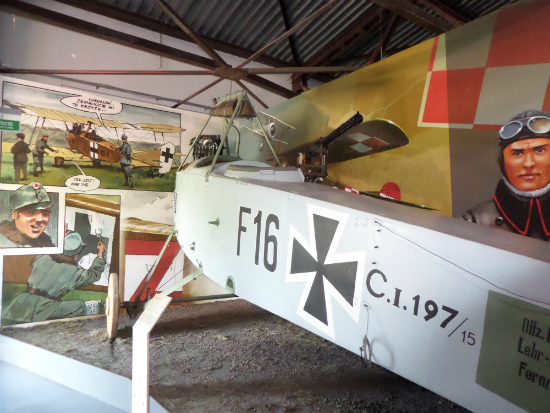 
The collection includes aircraft that were captured by Germany during World War I, including a Russian Grigorowicz M-15 and a British Sopwith F.1 Camel, both of which are in the first room of the new exhibition space.

For Dobrzyński, one of the most important aircraft on display is the German-built DFW C. V, because of its role in early Polish aviation: “It is the only survivor of the 3,000 that were built. Around 60 of them were flown by the Polish air force immediately after Poland regained its independence in 1919.”