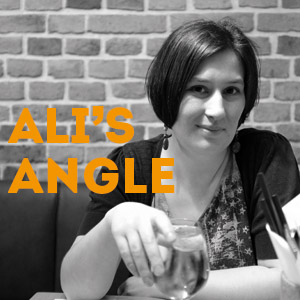 As an expat living here in Poland, I’m often asked: “Why are you here?” “What do you think of Poland?” and, of course, “What do British people think of all the Poles living in the UK?” The answers to the first two are simple: “I got a job here and ended up staying,” and “I like it very much, thank you.” The answer to the third is also simple: “Britain is, and has been for the past 2,000 years, a nation built by immigrants. It wouldn’t exist if it wasn’t for immigrants. Most people don’t bat an eyelid.” I have honestly never met a Briton who has an issue with Polish immigrants. Unfortunately, in recent months it seems British politicians and the British media have conspired against me to make it look like Poles are unwanted, lazy leeches, moving to the UK purely to claim benefits. This could not be further from the truth.

In October last year, David Cameron suggested we should be favouring British workers over Eastern Europeans in factories. The way the media reported it, you could be forgiven for thinking he was completely against immigrants working in the UK; in fact, he was making a very good point about how Eastern Europeans are generally better educated and have a better work ethic than a lot of Britons, and that we should be changing our education system to match theirs. Fast forward to January this year, amid worries we would be inundated with Bulgarians and Romanians (which never happened), Cameron decides it is high time we tightened immigration rules and made sure that immigrants cannot claim benefits, using Poles as an example: “There are other European countries who, like me, think it’s wrong that someone from Poland who comes here, who works hard, and I am absolutely all in favour of that, but I don’t think we should be paying child benefit to their family back home in Poland.” British newspapers played up these quotes, complaining that Britain is no longer British, and that we must do everything in our power to stop immigrants scrounging off the system and taking our jobs. For some reason, Poles seem to feature heavily in these articles, even though they make up less than one percent of the UK population.

The idea that Poles come to the UK purely to claim benefits is preposterous. The UK benefits system is better than in a lot of countries, but it’s not that good. I have been on the dole myself and, let me tell you, you cannot live off it. So why would someone come to the UK to live off less money than they could make in their own country? Most immigrants coming to the UK do so to work. A lot of the time they do menial jobs, which many Brits consider beneath them. Of course, some immigrants do claim benefits, such as child support, but why should they not? They pay taxes, rent or mortgages, buy food and clothes. They work hard and spend money in Britain – so what if they also send money home to Poland for their children’s upkeep? If you pay your taxes, you should be entitled to help from the government; your nationality should be irrelevant.

There was a public outcry at Cameron’s comments here in Poland. Tesco was to be boycotted, Donald Tusk was to auction off a football shirt given to him by Cameron, Lech Wałęsa even got involved. In February, hundreds of Poles protested in London against perceived anti-Polish discrimination, following an attack on a biker whose only crime, it is claimed, was that he was wearing a Polish flag on his helmet.

I can’t say I blame them. It saddens me that Poles are being demonised by the press and politicians. Not only that, but many Brits seem to believe the nonsense they read in the papers. I used to be proud to be British, the fact that we are such a multi-cultural country, and tolerant of all religions, races and creeds. Now I am not so sure. For Brits living in Poland (this may be a good time to point out that there are many British people living and working in other countries around the world; something that Brits seem to forget when they are complaining about immigrants), it is becoming harder and harder to convince Poles that we do not think badly of them living in the UK. Maybe Cameron should think about that, before other countries decide that they should be tightening controls to keep us, the British, out of their countries.