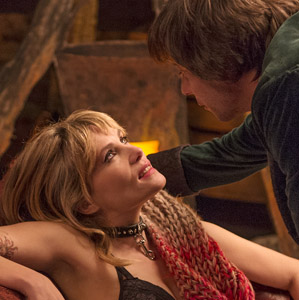 Since his release from house arrest in Switzerland in July 2010, the Polish-French cinéaste has certainly become fond of theatre. Even though Polanski can still set his films overseas, as he recently did with the acclaimed intimate piece Carnage (2011), he still can’t knock on Hollywood’s door and ask to benefit from their money.

Following his exile to France, he has struggled to find financial support anywhere in Europe. While Polanski connoisseurs are still waiting on the completion of a somehow autobiographical film about the Dreyfus Affair, the director has released another kammerspiel, this time set in a Parisian theatre and based on a David Ives’ play.

Venus in Fur shows that Polanski has not dropped his fascination with Exterminating Angels – perhaps a reflection of his limited freedom of movement. Both Thomas (Mathieu Amalric), a writer-director working on a stage adaptation from Leopold von Sacher-Masoch, and apparently coquettish actress Vanda (Emmanuelle Seigner), remain trapped indoors until the finale.