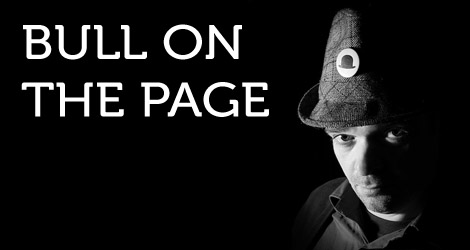 My favourite news story of 2013 has the be The Daily Currant’s reporting of Sarah Palin allegedly calling for an invasion of the Czech Republic on Fox News, because the chief suspects of the Boston bombings were Chechen. They did a grand job of ridiculing those who pushed the story around the digital world in record time. A timely reminder for sources to be checked before publishing. And this being Palin, who wouldn’t be taken in by such an outlandish outburst that would have been entirely in character for someone who probably thinks anyone living east of Archangel is a Polak.

It got me to thinking, what would happen if the Czechs invaded Poland? I’m not suggesting a military intervention, rather that we take advantage of some of the common sense that has invaded public life there since 2010. One would hope that anyone with half a functioning brain cell would see fairly clearly that the War on Drugs has been a massive success. If you count failure as success that is. Like many other states and nations, the Czechs realised this and have gone for liberalising possession of drugs for personal consumption. Not just marijuana, but also so-called hard drugs such as cocaine and heroin.

Here, you can still go to prison for possession of any quantity of any illicit drug. This is supposed to be an effective deterrent, although the stats don’t bear that out. Quite the opposite. The great advantage of having laws like this is that it means you can bump up crime detection stats, arrests, convictions etc.

A 2010 report from the Institute for Public Affairs looked into the criminal justice issue here in some detail. It argues that criminalisation does not and has not met the ends the means were supposed to produce. Consumption and trafficking have not fallen. This policy costs in excess of 80 million zloty (20 million Euro) annually, and hits young people most. Supporters of this policy would tell you that marijuana is the most dangerous because it creates an escalator effect: start with a bit of pot, and you quickly progress to harder drugs, effectively ruining your life. If it’s illegal, the argument goes, young people won’t do it. Seriously? Since when has saying ‘Don’t do that!’ had any effect on youth?

Consumption of illicit drugs is an important rite of passage for young people the world over. It doesn’t lead to addiction and in most cases is not a lifelong habit, rather something you do until about 30, when you finally grow up.

Laws today are much stricter than in the past. The first act relating to drug consumption and use dates from 1985, when trafficking was an offence but personal possession was not. This was updated in 1997, when possession became an offence but small amounts for personal use did not.

This law was amended in 2000, criminalising any possession. Penalties are regulated by Article 62 of the Act on Counteracting Drug Addiction. While trafficking is the major point of this legislation, less than a quarter of arrests are for trafficking – over half pertain to personal possession. In the field, more than half of prosecutors, probation officers, police and judges agree that it is not an effective deterrent.

So, how would this look in practice? And could we make it economically useful? In the Czech Republic, growing weed has become a cottage industry, though many Czechs bemoan the existence of Vietnamese warehouses more focussed on quantity than quality. Maybe it’s something Poland’s babcias could turn their busy hands to. There’s also a lucrative Czech crystal meth market. Polish drug lords already have much experience in the manufacture of amphetamines and a ready market close by. Make it, sell it, tax it, create jobs. Simple.

5 thoughts on “Bull on the Page: The Czech Invasion”