Moving to a new country is never easy, and it’s harder still if you’re attempting to break into the golden fortress of the European Union from outside. The majority of immigration to Poland comes from its eastern neighbours – Ukraine and Belarus, but it can be a tough undertaking. We look at one family’s story, and a new initiative from a Krakow-based NGO that could help.

With the dream for a better future for his children, Andrei and his wife decided to leave their home country of Ukraine and immigrate to Poland in 2012. Having visited and liked Krakow in the past, they chose our city as their new home.

Andrei founded and registered a web design company in Poland, which, in theory, should have allowed him and his family to legally reside here. After preparing for the big move and receiving the proper immigration documents, Andrei and his family were ready to come to Poland in June 2012. But not everything went according to plan.

“When you have a company in Poland, you receive a one-year visa, but are only allowed to stay in the country for 180 days out of that year,” said Andrei. They also had to wait three months for their work permits, because it turned out that Polish administrative offices work rather slowly during the summer months, which meant no income for Andrei during that period and the expense of living in hotels.

To receive the new status, Andrei and his family had to go back home to Ukraine and cross the border again to validate their new visas. That’s when the first major hurdle appeared – his children were given only 90-day Schengen-type visas, while Andrei and his wife received National D-type visas valid for one year.

When they returned to Poland, they had to apply for one-year temporary residence cards for their children, for which they waited 45 days. It also turned out that even though these cards were valid for one year, the children could only stay as long as their parents’ visas allowed them to stay. Despite these hiccups, it appeared everything would be fine and that the family could focus on settling in Krakow and starting a new life here.

It was not to be. At the end of the year, Andrei discovered that, in order to stay in the country and keep their immigration status, Andrei had to prove that his company had produced an after-tax revenue of at least 58,000 zł during the year.

“It is a small business, run by my wife and myself, and we weren’t even able to sustain normal business operations due to the immigration issues and not receiving our work permits until September, so to prove we made 58,000 zł was simply impossible,” said Andrei.

The most annoying aspect of this requirement for Andrei was that this was the first time he had heard about it. Even though he had used lawyers to help him through the immigration process, none had seen any information about the 58,000 zł requirement in any legal documents from the Polish Immigration Office.

After reviewing options with his lawyer, Andrei discovered that he would be better of as an employee of his own company rather than as the owner. Unable to find an individual or company in Poland willing to buy his company and hire him, he turned to his parents for help. They could legally buy and own the company, while continuing to live in Ukraine, and ‘employ’ Andrei to run it, giving him access to a work permit without the prohibitive income requirements.

Having invested a lot of time and money in the effort to legally settle in Poland, Andrei’s future remains unclear. His story is just one of many similar in Krakow alone, as the number of immigrants coming here increases every year. Aware of these problems, local NGO Interkulturalni PL is launching a new initiative that it hopes will help newcomers avoid bureaucratic pitfalls. 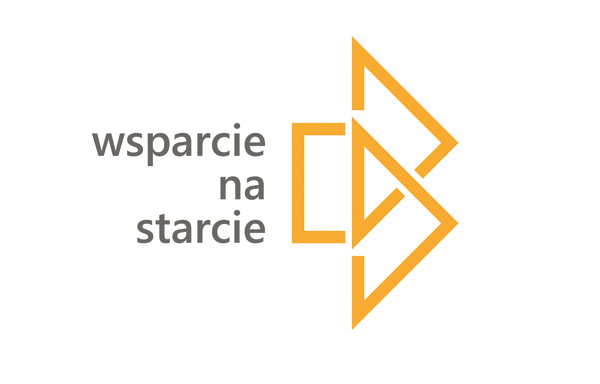 The logos of Interkulturalni.pl and their Support from the Beginning program

Founded in 2010 by a group of psychologists, lawyers and cultural theorists, Interkulturalni PL’s goal is to develop open and multicultural society in Poland, starting with Krakow. In January, they plan to launch a program called Support from the Beginning (Wsparcie na starcie), which will build a network of volunteers who will serve as social and cultural assistants to foreigners coming to Krakow.

“We work with foreigners and people that are connected to foreigners. People write to us asking for help with legalising their stay or translation help at local administrative offices. There is no other initiative in Krakow that helps with this. We wanted to form this assistance program to help foreigners from the very first day they are here,” said Klaudia Fryc, team member at Interkulturalni PL.

5 thoughts on “Moving to Poland from Ukraine: A Hard Passage”