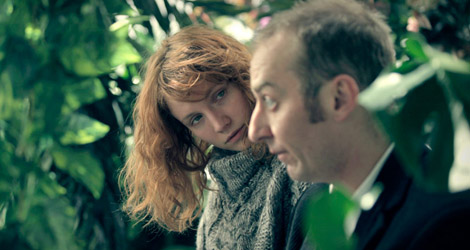 The result, Dziewczyna z szafy (Girl From the Closet), proves that Kox has not yet fully crossed the Rubicon. Although the actor and filmmaker has put aside parody for his latest movie, he has not yet aligned himself with the Polish mainstream.

The striking confrontation between Magda (Magdalena Różańska), an introverted anthropologist who sleeps in her wardrobe, and young savant Tomek (Wojciech Mecwaldowski) is one of the most touching in Polish cinema.

Kox has also made the best of the rest of his cast, including Piotr Głowacki playing Tomek’s brother and Eryk Lubos in the role of a bashful, pencil-moustached policeman who also featured in Wojciech Smarzowski’s Drogówka (Traffic Police, 2013).

The sudden irruption of zeppelins and Jungle Book-like scenarios as Magda and Tomek daydream give the movie an irresistible Kusturica-esque humour. The film has earned Kox the wide recognition he has always deserved, at least in his homeland, and its is clear that he is more promising than many of the celebrated Indie directors working in Europe today.