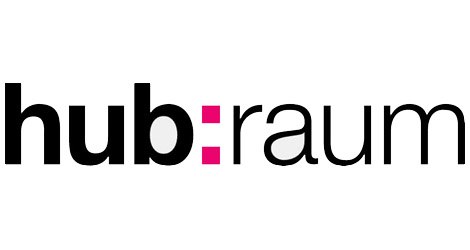 “Krakow is to Berlin what ying is to yang,” wrote Clarissa Steinhöfel on the Berlin-based digital innovation news website, VentureVillage. Steinhöfel, co-founder of the tech and start-up conference Startup Safary in Krakow, observes that it is easy to find tech-savvy entrepreneurs capable of starting companies in the German capital, but hard to find competent programmers. By contrast, she continues, in Poland: “Tech talent outweighs business brains,” which prevents small companies with innovative ideas from breaking through.

It is this mix of talent and inexperience that has prompted global player Deutsche Telekom to locate a start-up incubator in the city. Called hub:raum, the centre is due to open in April. Following in the footsteps of similar innovation centres established by Google and Motorola, DT describes hub:raum as a “hub that connects your team, vision, and expertise with the corporate power of Deutsche Telekom.” The first hub:raum was opened in Berlin last year, and Krakow has been chosen as the location for the second.

DT’s aim is to support promising telecom start-ups by providing coaching, supervision from mentors, access to their corporate infrastructure, financing and physical co-working space. In return, DT gets a share in the equity of the start-up. The extent of this share expectation has not yet been published but, according to Jakub Probola, Innovation Unit Manager for T-Mobile Polska, which is owned by DT, it will be: “the same as in other, similar programs – a smaller share rather than a larger share.”

DT’s decision to open its second incubator in Krakow was no surprise to Jacek Bielawski, Project Manager of the Krakow Technology Park: “It is stable, it is predictable and it is simply the best quality for the best price,” he said. The Krakow Technology Park also operates an incubator for new tech companies that aims to relieve start-ups from some of the pressures of legal, financial and marketing tasks so that they can focus on the development of their products.

According to the latest report from the Małopolska Regional Development Agency, there are currently 36,000 students studying engineering and computer sciences in Krakow. About 8, 000 tech-students graduate in Krakow each year. The large number of qualified individuals in the job market is one of the city’s main attractions for both Polish and international IT firms. Krakow also has a Special Economic Zone (made up of 25 sub-zones in 23 municipalities), which bestows EU and national incentives on the companies that set up there. There are now more than 300 IT firms operating in Krakow employing more than 26,000 people.

The Berlin hub:raum is now working with four start-ups, one developing an app for lifelong learning, another offering an online marketplace for vintage fashion and design items, the third creating an online portal for beauty services, and the fourth developing a management service for online reviews. DT plans to accept a minimum of five start-ups this year for the Krakow hub:raum. These places are open to both Polish and non-Polish initiatives operating here. Anybody interested in a place should submit an application through the hub:raum website:
www.hubraum.com.