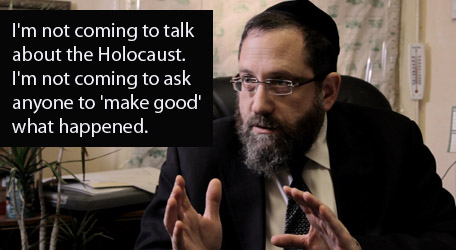 Before World War II, the Karmel family ran a successful business in Krakow and owned a building on ul. Józefa. The family had been part of the Jewish community in the city since the 14th century. Like millions of others, they suffered the depredations of the Nazi invaders and then, when the war was over, the surviving members of the family left Poland for good. The building at ul. Józefa 1, like tens of thousands across the country, was simply abandoned. Now, almost 70 years later, New York Rabbi Joseph Karmel wants it back. 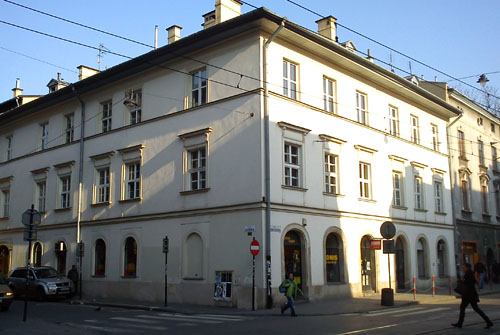 The building at ul. Józefa 1 claimed by Rabbi Karmel

Canadian filmmaker Eric Scott became involved with Rabbi Karmel’s story when he decided to shoot a documentary about the ongoing issue of restitution in Poland. Now seeking funding to complete his project, Scott is planning to bring his crew to Krakow and ask some searching questions.

“Restitution is a documentary about an unacknowledged crime on a massive scale. Twenty three years after the fall of Communism, Poland still refuses to do what it promised to do. The government of Poland will not pass a restitution law that would either return private property or compensate Jews and their heirs for assets seized during the Nazi occupation or under the Communist regime. Poland’s unwillingness to pass such a law puts the country squarely out of step with rest of Europe,” says Scott.

The cost of restitution

Restitution is one of the hottest of hot political potatoes in Poland. There is intense international pressure for the country to follow Germany, Lithuania, Hungary and Romania in framing a restitution law. The Polish government, however, estimates the value of former Jewish-owned property at 10 billion US dollars, and pleads that its current economic situation makes introducing such a law impossible.

Jehuda Evron, President of Holocaust Restitution Committee, disagrees: “I think this [figure] includes all Jewish properties. Approximately 80 percent of these properties have no claimants because the entire family was killed, and so there are no heirs to claim. I think that it is only 2 billion dollars. But there is no need for monetary compensation anyway – just that these buildings be returned to their owners. Seventy percent of these buildings are in the hands of national or local authorities – what they have to do is just give them back.” 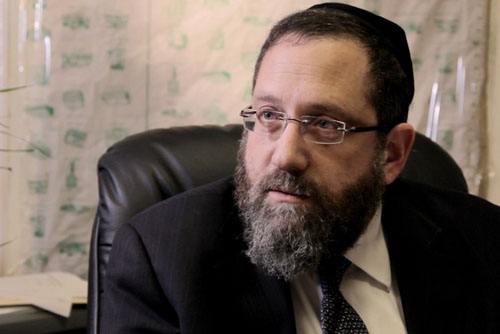 Regardless of the economic arguments, it is clear that transferring the ownership of hundreds of millions of dollars worth of property from Polish hands into those of non-Poles who are often perceived as ‘wealthy foreigners’ could be very unpopular. Rabbi Karmel has little sympathy: “I do understand that they can’t give away their country. On the other hand – these properties are ours. The ridiculous thing is that nobody denies that this property belongs to us – they just claim that the whole process takes time. Our lawyers tell us that the Polish courts are taking their time because, once they start giving back property, it will be a big problem for them. But that’s not my problem, this property belongs to us – we are only asking for it back.”

Jehuda Evron, whose organisation represents more than 3,000 Jewish claimants, shares Rabbi Karmel’s frustration at the pace of the process: “We don’t get any help from the Polish authorities. We have only promises from Polish prime ministers and foreign ministers that have not been kept. Unfortunately, instead of returning these buildings they keep selling them to Polish and foreign investors. Most of the cases are in Polish courts for more than ten years and, even if you win your case in court, it takes years to get the building back. I believe that only five to six percent of claimants have recovered their property.”

Rabbi Karmel’s case has been ongoing for considerably more than ten years. He told the Krakow Post: “In 1989, the chairman of the Ronald S. Lauder Foundation received a letter from Solidarity leaders in Poland saying: ‘We have all the records of real estate from 1939. We are ready to reach out and let the real owners return to their properties.’ One of those owners was my family. We have been busy with the courts since then, filling in requests and providing documents. It’s amazing – the paperwork is all there: the government registration of land and property ownership, the names of those killed in the Holocaust, everything is there. It’s a procedure that takes about twenty minutes in a New York court, in Poland we’ve been dealing with this for twenty three years already.”

The Krakow Post asked city authorities for a statement regarding Rabbi Karmel’s claim to Józefa 1. With respect to the ownership of the property, a spokesperson for the Department of Information, Tourism and Promotion of the City said the building is: “owned by a common hold association (wspólnota mieszkaniowa). The Municipality of Krakow holds 48.30% of the ownership rights to the property.”

“The claim to declare invalid the ruling by means of which the property was taken over by the State Treasury was brought to the local government appeal court (Samorządowe Kolegium Odwoławcze) in Krakow in July 2008. The Court referred the claim to the Ministry of Infrastructure…

“On June 3, 2009, the Ministry of Infrastructure issued a decision refusing to initiate proceedings on the motion brought by Joseph Karmel… The Minister justified this decision by stating that, although the Ministry had repeatedly called upon the petitioner to demonstrate his legal interest to initiate administrative proceedings, he had failed to do so and, therefore, could not be declared a party to the case.”

Filmmaker Eric Scott believes that the Polish state has not merely failed to address the question of restitution, it is effectively covering up the seizure of Jewish property by past Polish governments – a position that will undoubtedly raise hackles. “Poland’s non-action is tantamount to disavowing Polish participation in the plundering of Jewish property during the Holocaust, continuing up to the end of Communist rule in 1989. More than two decades after the restoration of democracy in Poland, Polish Jewish survivors and their heirs are still seeking reparations for property that was taken from them either by Polish individuals or by the Polish State, but to no avail. As recently as February 2011, the government of Poland suspended work on legislation to this effect. My film will attempt to find out why.

“We will follow restitution claimants back to Poland. We’ll knock on the doors of their former homes and see who is living there now. We will film these conversations with the current occupants or owners. We will go to city hall, accompanied by US lawyers specializing in restitution issues, in an attempt to uncover the paper trail of the transfer of Jewish property to Polish ownership. 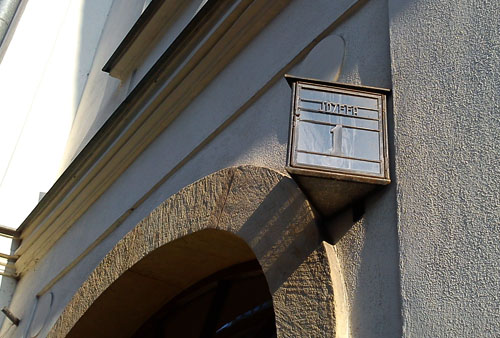 “We will include the point of view of ordinary Poles who feel threatened with displacement and hardship should restitution ever become a reality. Meeting with the highest representative of the Polish government willing to appear on camera, we will ask for an explanation of Poland’s official point of view, balancing the story with an entirely different perspective. Neither the issue, nor the claimants nor their descendants are willing to go away quietly.”

While Scott’s attempt to uncover Polish complicity in the theft of Jewish property is likely to result in many of the doors he knocks on being slammed in his face, there is no denying that the restitution question is not going away. Rabbi Karmel sees the issue as almost devoid of historical context: “I’m not coming to talk about the Holocaust. I’m not coming to ask anyone to ‘make good’ what happened. I’m simply saying: there’s property that’s mine, I would like to come back and reclaim it. I’d like to just walk in the door and say I’m home. What does that have to do with the Nazis? It has to do with the here and the now.”