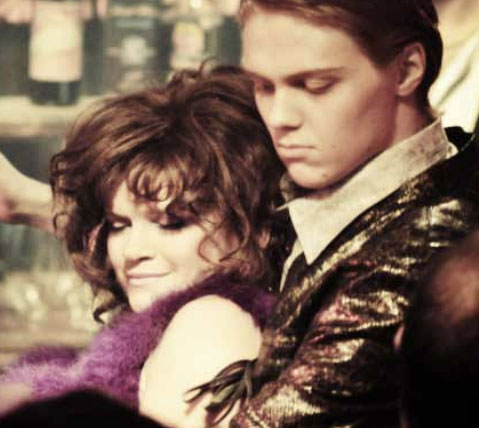 In Western Poland the slang term ‘yuma’ refers to the third person of the verb ‘jumać’ (to steal). Yuma is also the name of the Arizona county well known as the setting for Delmer Daves’ cult Western 3:10 to Yuma (1957), recently remade by James Mangold. We meet
aspiring gangster and suburban cowboy Zyga (Jakub Gierszał) enjoying Daves’ classic in a provincial theatre, and the famous train scene in the Western is echoed with a sequence showing Zyga jumping into a more modern train carriage during his first smuggling
assignment to Germany. New York-educated director Piotr Mularuk has given Gierszał the opportunity to  prove that he is no one-hit wonder following his mesmerizing performance in Suicide Room (2011). His covetous, loose cannon persona coupled with an angelical face is something completely new to Polish cinema. Assisted by a slick aunt played by super-vixen Katarzyna Figura, Zyga assembles a gang that rapidly dominates the local trade in contraband between Poland and Germany. The American dream mediated through a reunified Berlin and evoked by cowboy mannequins and garish boots is around every corner.
Polish daily Gazeta Prawna compared Mularuk’s feature to the shabbiness of second-hand clothing. Through its overt and colourful superficiality, Yuma indeed succeeds in embodying the hunger for frivolity and Western brands in the Poland of the 1990s.