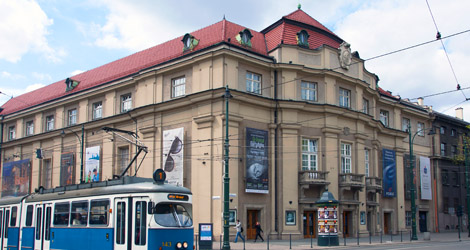 The man who resigned the directorship of Filharmonia Krakowska after just five months in the job, in protest at funding cuts, could be poised for a return to the city’s premiere classical music venue.

Tadeusz Strugała took up the post of director at Filharmonia in May 2008. But his tenure was short-lived, as a cut in regional funding – from PLN 2.5 million to PLN 1.4 million – set the scene for a stand-off between the director and the Małopolska regional authorities, which resulted in Mr Strugała walking out in September.

He was replaced, as joint general and artistic director, by Paweł Przytocki, in the following month.

Now Mr Przytocki is retiring on health grounds, and one of his potential successors, trumpeter Czesław Dołęga, is in favour of Mr Strugała’s return as artistic director.

Katowice-born Tadeusz Strugała’s pedigree is unquestionable. He studied music in Wrocław and Venice, before going on to head the Wrocław Philarmonic from 1969 to 1980. During that time he also had stints as head of the Ankara Symphony Orchestra (1977-79), and head of the Krakow Philharmonic Orchestra (1981-86). From 1979-90 he was also deputy artistic director and permanent conductor of the National Philharmonic in Warsaw, then Artistic Director and Principal Conductor of the Polish Radio Orchestra in Warsaw until 1993. From 1994 to 2001 he was a guest conductor with the Prague Symphony Orchestra.

Besides Czesław Dołęga, the candidates on the shortlist for director of Filharmonia Krakowska include viola player Beata Płoska, Warcisław Kunc, former general and artistic director of Opera at the Szczecin Castle, Dariusz Mikulski, of the Academy of Music in Łódż, Marek Budzik, of the Polish Music Publishing house in Krakow, and Maciej Bielski, working with TV3 in Krakow.

A decision on the next director of Filharmonia Krakowska was due to be taken by a commission appointed by the Małopolska Region, as the Krakow Post went to press.

Paweł Przytocki announced his decision to leave in January, after extended periods of sick leave. The application process for his successor opened in April, and the winner was to be announced earlier this summer, but a decision was delayed to allow the commission time to examine documentation and interview candidates.