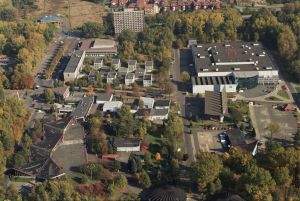 Representatives of about 400 companies from 16 countries attended the International Trade Fair for Mining, Power Generation and Metallurgy in Katowice from September 11-14. That made it the largest fair ever.

The fair is the biggest European exhibition dealing with developments in mining, power and heavy industry. This year’s exhibitors came not only from EU countries but also from Ukraine, Belarus, Russia, Romania, Croatia, Serbia and Montenegro, India, China, Nigeria and South Africa.

For decades coal was the linchpin of the economy in Upper Silesia, which is considered the center of heavy industry in Poland. Other key industries have been iron, zinc and lead metallurgy, chemicals, building materials, textiles, engineering and power generation. Automobile manufacturing has added to the diversity in recent years.

Silesian business and government leaders want to restructure the economy from one focused on heavy industry to one that offers a mix of non-heavy-industry products plus services.

Polish and international investors have poured money into Silesia to help it begin the transition. Investors have also spent billions of euro to modernize mining and the other “old” industries in the area.

“Now we have the best coal mining industry in the EU,” Economic Minister Krzysztof Tchorzewsi said in an interview with the newspaper Dziennik Zachodni. He said the exhibition was a showcase for Polish mining and the companies that support it.

Polish companies produce every machine used in mining – and displayed them at the exhibition, hoping for orders. They got them, mainly from Russia, but also from Vietnam, which produces more than 40 million tons of coal a year.

The demand for coal has been increasing around the world because it is cheaper than any other energy source. Poland can export even more coal than it does now if it is able to get to seams that are more difficult to reach. Doing that will require a lot of capital, however – an estimated 17 bln to 20 bln zloty.