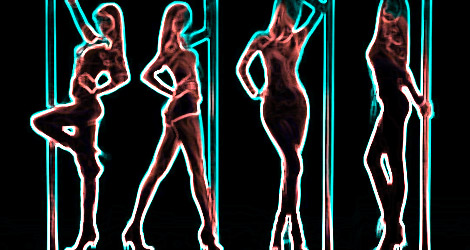 The Krakow Post, working with Gazeta Wyborcza, has approached Małopolska police for advice for visitors to the city, after receiving three independent reports of alleged credit and debit card fraud at a single night club in the city centre. The men involved, all English, say unauthorised transactions totaling just over 23,000 GBP were made during visits to VIP Club, ul. Mikołajska 4.

One, a banking lawyer from London, has already taken up the matter with the UK authorities and with his bank. A letter from his bank confirmed that transactions totaling 12,850 GBP had been made in just three and a half hours, all to the company to which his authorised spending at the club had been charged. However, the letter said that he would not be refunded as he had been present at the time that the transactions were made. The transactions took place between 10.19pm on May 13 last year, and 1.58am on May 14.

The letter from the bank adds: “There were further attempts to use the card in the same club, however, these requests were declined due to a lack of available funds.”

The man also wrote to the city of Krakow. He received a sympathetic response but was advised that the council could not help him.

Another visitor from London said three attempts had been made to use his credit card without his permission, on June 11 last year. One transaction, for 7,800 GBP, was successful, but following an investigation by the UK Financial Ombudsman, the card company has now agreed to reimburse him, plus interest. The third, also a lawyer, said his card had been used without his permission and that an unexplained charge of 2,500 GBP appeared on his statement after visiting the club on June 10.

All three visitors gave full accounts of their experiences to the Krakow Post, but asked that their identities not be revealed.

Boguslawa Marcinkowska, spokes-woman for the District Prosecutor’s Office in Krakow, said: “The prosecutor received only one report of alleged fraud in VIP Club in 2011. The complaint was submitted by a foreigner, through email, with no name and personal details. The prosecutor’s office followed the routine investigative procedure, but found no substantial evidence to confirm the fraud and was forced to deny further investigation.”

The Krakow Post spoke to VIP Club about these three cases. Mariusz Ambrozik, chairman of Gastronomika sp zoo, the company to which VIP’s credit card transactions are paid, said he was aware of a complaint. However, he denied that VIP had been involved in any wrong-doing. Mr Ambrozik added that, due to the exclusive nature of the club, it was possible for clients to spend large sums during their time there – particularly if they spent time with individual dancers.

Michał Kondzior, spokesman for Małopolska Police, gave some general advice to visitors: “Going to a night club, whether you are Polish or a foreigner, one always needs to be extremely cautious about potential fraud.”

‘Temperance’ and ‘carrying limited amounts of cash’ were recommended by police as sensible precautions.

According to Małopolska Police, approximately 500 foreigners reported crimes across the region, in 2011. In January and February this year, there were 68 complaints.

All crime reports can be filed at the main police and city guard station on Rynek Główny.