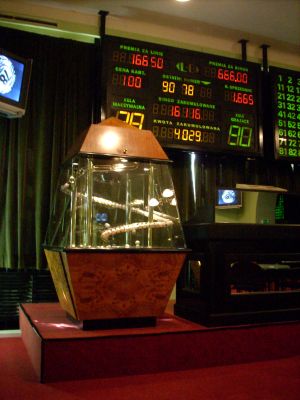 Bingo Poland first opened on ul. Zwie-rzyniecka in 1994. Later it moved to ul. Krolewska, where it operated until 2005.This newest bingo spot, however, is the classiest yet. A 400-square-meter game room is complemented by a cloakroom and toilets, all refurbished in old-fashioned elegance.”This place has 15 years of tradition,” says Mariusz Stochnialek, the club’s director. “We play bingo according to the highest class.”The management is fond of its frequent customers and expects more visitors in the fall and winter.”This is a peaceful place, people come here to relax and entertain. Drunken tourists usually avoid these types of locals,” emphasizes Stochnialek.The bingo salon opening did raise controversial questions of whether this was an appropriate establishment for the Old Town area.

The Old Town city district council opposes the idea of a gambling institution, saying it is unsuitable for the Royal Road and that it would turn the peaceful area into a gambling market. Councilors voting in favor of the club argued that the salon could revive the center. As gambling is legal, they added, the club shouldn’t be forbidden to conduct a business. Krakowians are in favor of the business, hoping it might revive ul. Grodzka and that club profits could help repair the street’s stone pavement.The salon barely opened a week ago, August 22, and building tenants are already complaining. Since the club is open 16:00 to 03:00, tenants aren’t likely to get much sleep.”The noise coming from that place is annoying,” complained Mrs. Myrtynska from flat four. “The only thing we can do, however, is call the police in case it gets too loud. Because it’s private property there’s nothing we can do.”