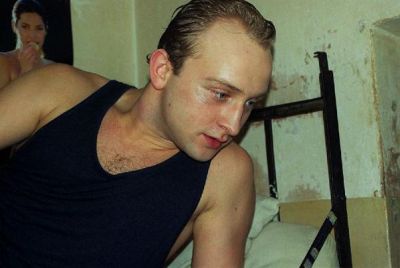 Four films remain in a series of Polish Cinema film viewings organized by Pod Baranami Cinema (Rynek Glowny 27). Polish films are shown with English subtitles twice a month on Tuesdays at 16:00. The screenings allow English-speaking foreigners to get acquainted with Polish Cinema and maybe pick up some Polish.This Tuesday, September 4, Pod Baranami Cinema is showing Artur Wiecek’s “Aniol w Krakowie” (“An angel in Krakow”). The film is a comedy with a less-than original plot.Giordano, the hero, is an angel who has been sent down to Earth for poor behavior in heaven. His punishment is to do at least one good deed a day. He comes to Poland by accident, instead of Holland, where he meets many interesting people.The film won several awards the year after its 2002 release and was well received by critics. Fans say that the film is warm and full of good humor. But September 18, an even better film is to show at Pod Baranami Cinema. Konrad Niewolski’s “Symetria” (“Symmetry”) is a story of how a man changes after getting sent to prison for being suspected of committing a crime.Inside, criminals have their own system of ethics – one that completely defies its popular conception in the outside world. The protagonist must choose between becoming one of them or to suffer as an outsider. The last two screenings (on October 2 and 16) will feature films that were widely discussed in the Polish media during their release: “Dlug” (“Debt”) in 1999 and “Psy” (“Dogs”) in 1992.”Dlug,” based on a true story, is about how two friends are murdered by a gangster after demanding that they repay a loan. “Psy” is about how former Communist security officers are forced to fight real criminals after the old political system falls.