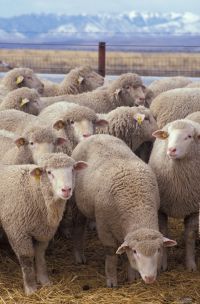 Sheep getting their photos taken with tourists on Zakopane’s main Krupowski promenade are suffering from abuse, claims the Animal Care Society.Residents have complained that the sheep, whose owners charge 5 zloty per picture session, stay in the sun for hours and their hooves are bloody from running on cobblestones.The complaints led to the Animal Care Society investigations. They found the sheep emaciated from lack of food and suffering muscular atrophy from lack of exercise.Police are looking into possible animal-abuse charges against the three brothers who own the sheep. The boys, 19, 16 and 5, are from nearby Murzasichle.If found guilty of animal abuse, the oldest boy can get up to a year in jail.Local officials are asking tourists not to have their photos taken with animals. City Council spokeswoman Ewa Matuszewska told Gazeta Wyborcza: “Appealing to tourists is the only effective method of curbing this shady business. As long as there are people interested in that type of attraction, there will always be someone willing to make a business out of it, not caring about the animals’ fate.” said it isn’t just sheep suffering in Zakopane. Puppies that a highlander is selling at a market in Gubalowka look listless, it said.  Police are investigating that case, too.Animal Care Society has intervened in similar cases in Zakopane. Police have ended up not filing any charges in those cases, however.