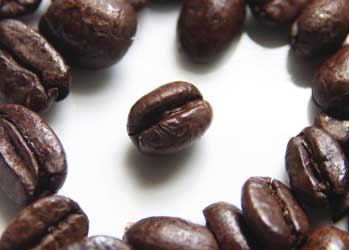 It sometimes seems that Krakow’s cafes and restaurants conform to one of a handful of generic types. For example, there is the classic Central-European-coffee-house look (think Kawiarnia Europejska or Szara), the fake trattoria/karczma/country style (U Babci Maliny, Morskie Oko, Farina), the dark and the grungy (Alchemia, Dym) or the could-be-anywhere bland (take your pick from the coffee shop chains). It is, therefore, a bit of a shock when something new defies these stereotypes and injects some welcome freshness.

I have a couple of places in mind. The first is Karma, a cafe that opened up on ul. Krupnicza in December. The interior is the first thing you notice — it is unlike anywhere else in the city, and I mean that in a good way. It is modern, light and airy but not impersonal, and has wide oak-topped tables and cushioned benches. They thoughtfully provide current newspapers and magazines and a well-equipped play corner for kids.

So far so good, but what really sets this place above the competition (of which there is quite a bit in that area) is the focus on service and quality. For starters, the owners are there every day, either serving or cooking, and always provide a friendly welcome. Their coffee comes from a small roaster in London, unlike most other cafes in Krakow, which are tied to the big players who give them expensive coffee machines for free but make them buy their cheap beans. Karma’s barista also knows what he’s doing and, as a result, they have hands down the best coffee in town.

Food seems to be an equal priority. Every morning, the short menu for the day is written up on the blackboard. The soups, tarts and cakes are made from scratch in the kitchen at the back — and they’re delicious. Imaginative, tasty, interesting food that doesn’t come garnished with the standard lettuce leaf/slice of orange/sliced pickled cucumber/sprig of parsley that I never touch because I’m never sure how many other plates they have been on. There is none of that pointless nonsense here. Even though the portions are on the small side, and it’s not super cheap (20zl for a tart, salad and a coffee), Karma is fast becoming one of my favourite places to meet for coffee and cake. The constant throng of customers throughout the day suggests that they are on to something good. Things will get even better once they have a licence to serve wine.

A second place that comes to mind is Trufla, a tiny restaurant tucked into a narrow space on ul. Św. Tomasza at the Plac Szczepanski end. It too has a crisp, white interior that is more Scandinavian than Cracovian, good lighting and, unusually for Kraków, an open kitchen (which, when we saw it at the end of the night, was gleaming and absolutely spotless). They have an Italian-inspired, short menu of mainly salads, pastas and grilled meats, and an affordable wine list. Every time I’ve been there, the food has been consistently good but, where Karma succeeds in merging a modern interior, great food and good service, Trufla still has to work a little on the latter. A long wait isn’t uncommon at busy periods and during a recent visit, the single overworked and deadpan waiter forgot to tell us that the kitchen was closing, which we only found out when we tried to order coffee. The free home made fruit liqueur helped make up for it.

It is dangerous to generalise from two stand-out examples, but it is encouraging that both places reflect a trend in other European countries, as well as the US, where the number of smaller, more casual, proprietor-run restaurants that serve healthy, simple but high quality and tasty food is growing. Let’s hope that we’re seeing the start of the same thing here in Krakow.