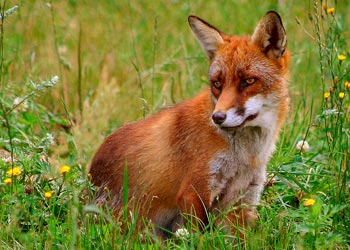 Małopolska Voivod Stanisław Kracik has introduced restrictions on movement in the forest near the town of Bobowa after the first case of rabies in seven years was reported today, when a local dog was attacked by a rabid fox. Bobowa lies 83 km southeast of Krakow.

Administrators and mayors from the areas where cases of rabies have been reported are required to post notices saying “Warning. Rabies. Area at risk.” Signs should be placed on all entrance roads to the endangered area. Pet owners are asked to keep their animals away from wooded areas.

In addition, the following restrictions have been imposed on areas deemed at risk: no livestock is to be introduced into the area, hunting game is forbidden, trade fairs or exhibitions involving animals are forbidden, animal remains cannot be moved without the permission of the District Veterinary Officer, and dogs and cats must be restrained at all times when outdoors. In Poland, rabies vaccinations are mandatory for all domestic dogs, and are recommended for cats as well.

Between 1 and 10 September, all foxes in the area will be given rabies vaccinations through airdrops containing bait with the vaccine.

If anyone encounters an animal that is acting strangely, such as not fleeing, authorities are asking that you contact the nearest veterinary clinic and do not attempt to approach it. If you are bitten, contact a doctor immediately.