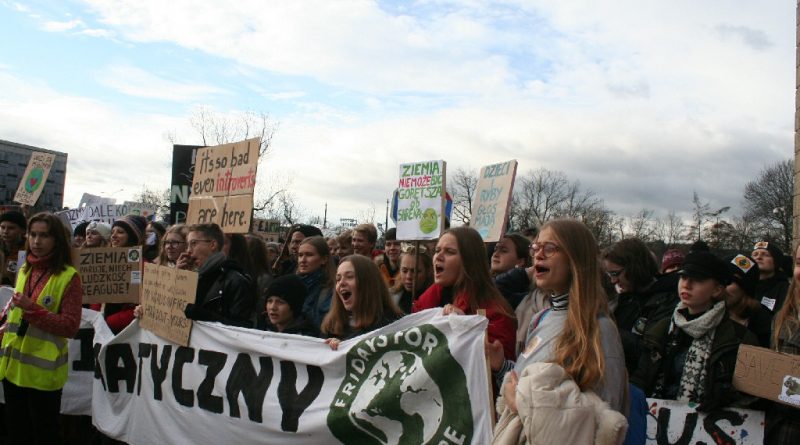 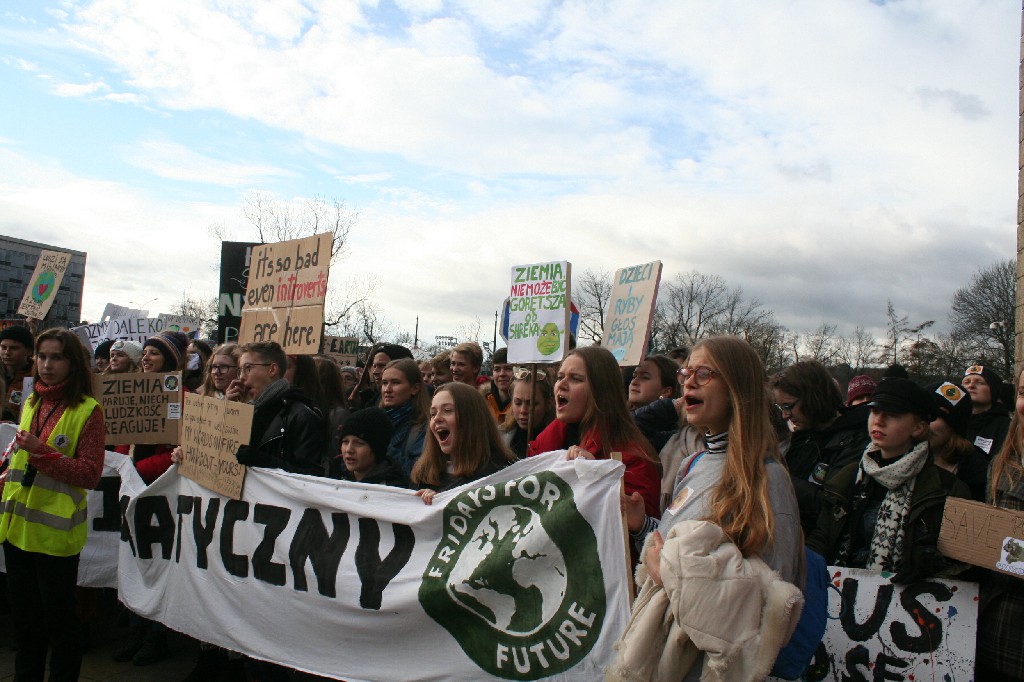 A huge crowd of people – many of them students on strike from school – gathered in Krakow to demand action on climate change this morning. 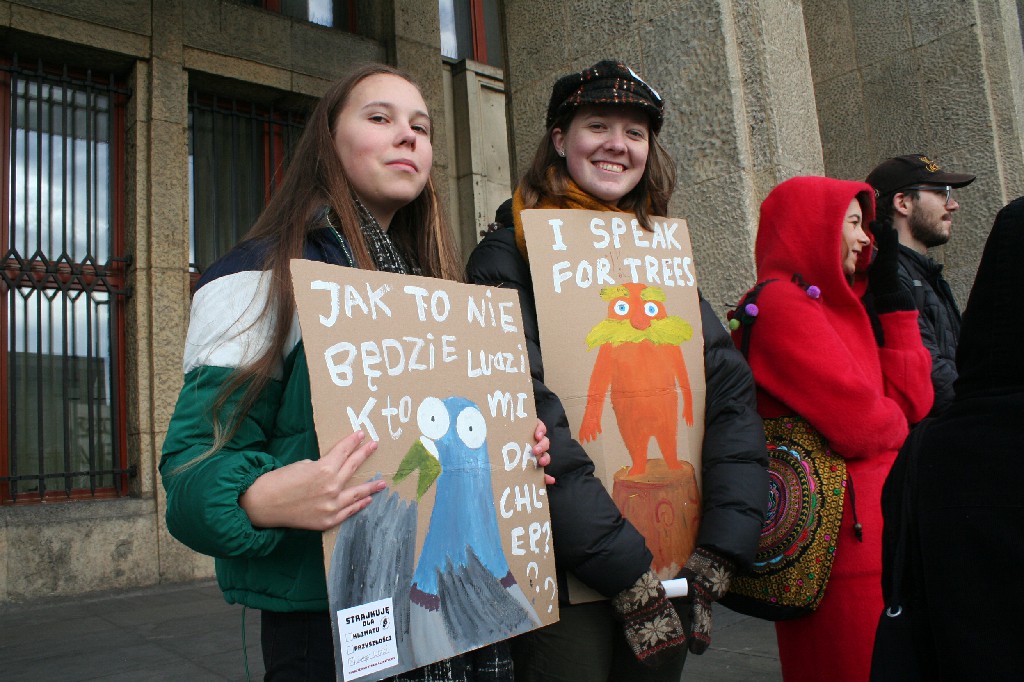 The protest is part of a global movement known as Youth Strike for Climate, School Strike for Climate, or Fridays for the Future, popularized last year by Swedish teenage activist Greta Thunberg. Participants are pressuring world governments to take stronger action to curb the warming of the planet, which scientists predict could have disastrous effects for their generation. This is the fourth of such protests in Krakow and around the world this year. 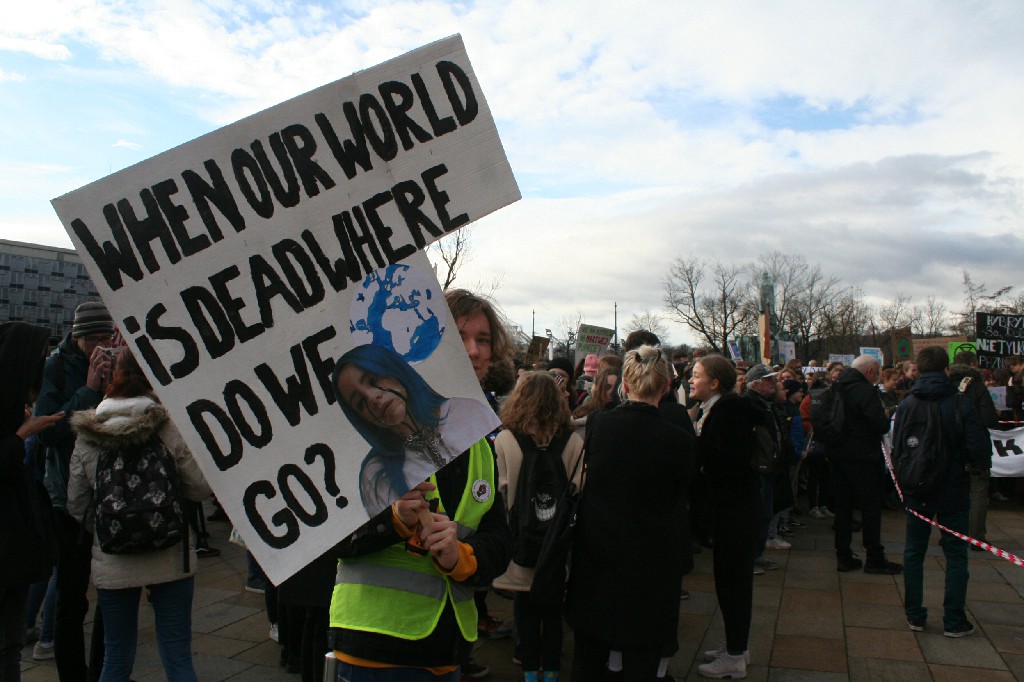 The demonstrators met in front of the National Museum in Krakow, holding signs and shouting slogans like “System change, not climate change!” They then marched to the Main Square and around it to stop in front of the city hall, chanting invitations to local officials (such as mayor Jacek Majchrowski, who has long been accused by critics of reckless development of Krakow) to come out to speak with them. No one did. 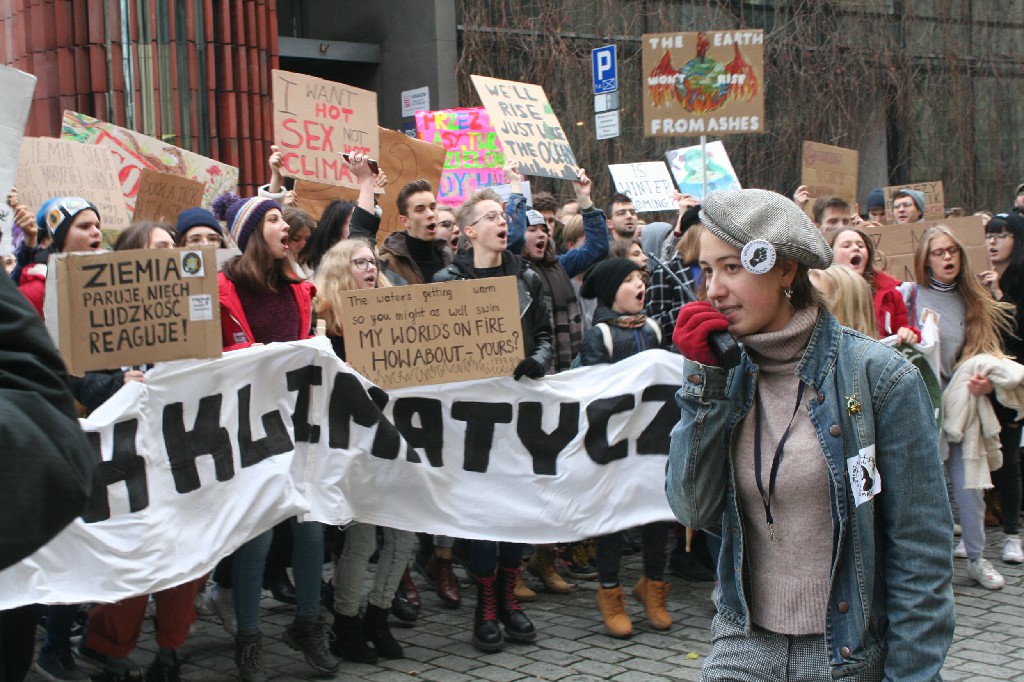 There is broad scientific consensus that the Earth’s average temperature has been rising at a significant rate since the late 19th century, and that emissions of greenhouses gasses (such as carbon dioxide and methane) due to human activities are chiefly to blame. Even a slight increase in average global temperature could lead to more droughts and forest fires, stronger tropical storms, rising sea levels which would threaten islands and coastal regions, mass extinction events, farming and water problems, refugee crises, and more effects which are difficult to predict. (Indeed, many scientists argue that we are already seeing many of these consequences begin take shape now.) Most researchers agree that it may be possible to limit our effect on the climate, but only if drastic, immediate action is taken to change the way we use fossil fuels and other planetary resources.

Click the arrows to see the full gallery of images below.