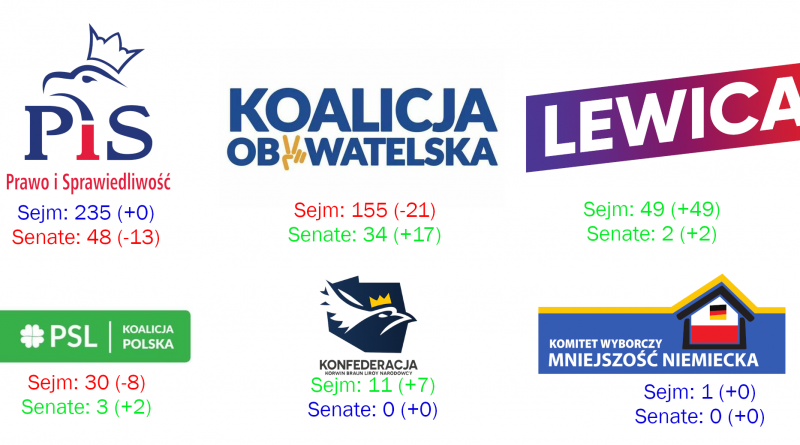 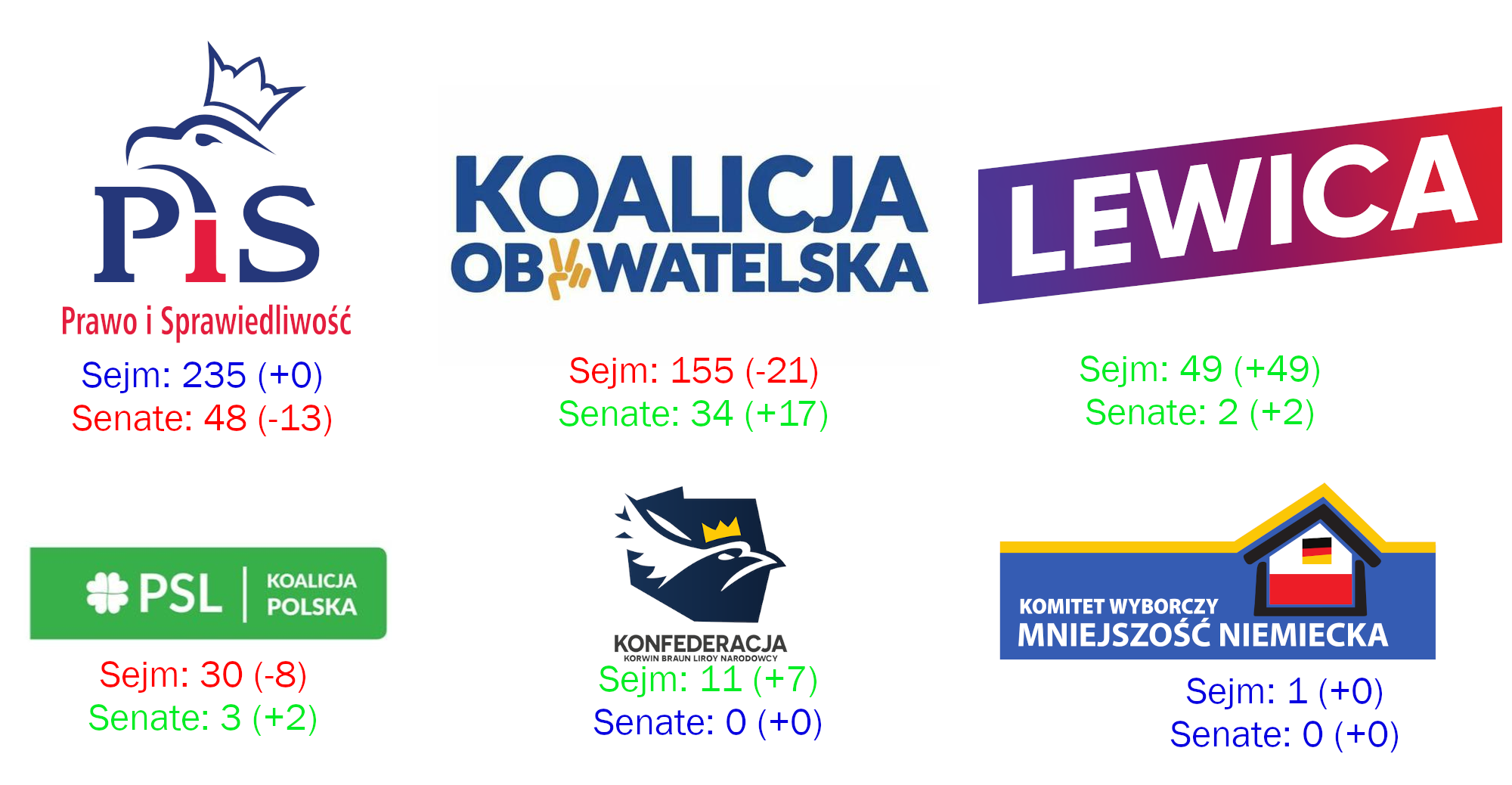 As predicted by pre-election polls, Poland’s ruling Law and Justice (PiS) retained its majority in the Polish Sejm in the 2019 contest for the government. But the aftermath leaves Poland’s political landscape changed. What are the takeaways?

PiS holds the line in the Sejm, but doesn’t advance

Pis has retained the same number of seats as it had before, which means they can continue to hold a majority in the Sejm, without forming a coalition. However, the results defied some predictions that PiS might increase their number of seats, so some supporters are disappointed.

PiS might work more closely with Janusz Korwin-Mikke’s even-farther-right Confederation party, which picked up seven seats in the Sejm, though PiS leader Jarosław Kaczyński publicly dismissed this idea before the election.

A new opposition tool: the Senate

PiS’s loss of 13 Senate seats mean they have lost their majority in the upper house and thus no longer have a free hand there. The Senate is less powerful than the Sejm, from where laws originate, but the Senate can delay or frustrate passage of Sejm bills, and they are responsible for filling key government positions. Whatever PiS does, it will need the support of at least some of the opposition going forward.

The Sejm and Senate results mean…

One of the most controversial aspects of PiS’s legacy of their previous four years in government was its attempt to purge a number of Supreme Court judges by changing the mandatory retirement age. After intense domestic and international criticism, PiS backed down in 2018, but some had hoped that this election would give them the majorities needed – 2/3 in the Sejm and a simple majority in the Senate – to amend the constitution to be ease the passage of their agenda. PiS’s failure to increase its lead in the Sejm and its loss of its Senate majority all but spells doom for their hopes of changing the backbone of Poland’s legal system in the next four years.

At first glance, one might intuit that a loss for PiS is a win for Civic Platform (PO), PiS’s chief rival. That is debatable, however. While PO gained 17 seats in the Senate – due in part to an agreement between anti-PiS parties not to contest each other in key races there – they lost 21 seats in the Sejm.

Meanwhile, Left (Lewica) – a coalition of old-guard SLD and newer parties Razem and Wiosna – rocketed from zero seats in both houses to 49 in the Sejm and two in the Senate. It isn’t enough to do anything independently, but it can be seen as a rebuke to center-right PO in favor of parties with starkly more progressive social and economic agendas.

A famous proverb calls Poland and Hungary “dwa bratanki” – two brothers, close in friendship. This has rarely been truer than in the past four years, when Hungary’s proto-authoritarian prime minister Viktor Orbán has at times been the only thing standing in the way of EU punishments for PiS’s own erosion of the separation of powers.

However, on the same day of Poland’s elections, Orbán’s right-nationalist party faced an unexpected blow when center-left candidate Gergely Karácsony defeated the incumbent mayor of Budapest. Orbán’s Fidesz still controls most of the country, but some analysts wonder if last weekend’s two elections might indicate a gradually turning tide against right-nationalist, euroskeptic populism in Europe.

One thought on “5 takeaways from the 2019 Polish parliament election”