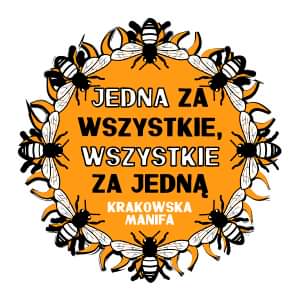 March 8th marks International Women’s Day. Traditionally, Polish women receive flowers, but another annual event has emerged alongside this – Manifa, a march to raise awareness of the rights and challenges of women.

Manifa began as a leftist action in Warsaw in 2000 under the slogan “Democracy without women is half democracy.” Since then, the annual parade has spread and grown in popularity – most likely helped by the organization of women and allies for the CzarnyProtest protest movement which has emerged in recent years in response to attempts by Poland’s socially far-right Law and Justice PiS party to enact a total ban on abortion.

This year’s Krakow Manifa on Sunday, March 10th will be the city’s 15th. Organizers invite any supporters to meet for the march at 13:00 in front of the National Museum (aleja 3 Maja) under this year’s slogan of “One for All, All for One.”

As usual, there can also expected to be counter-demonstrators as well as a strong police presence. In past years, though, Manifa has occurred without major incident.