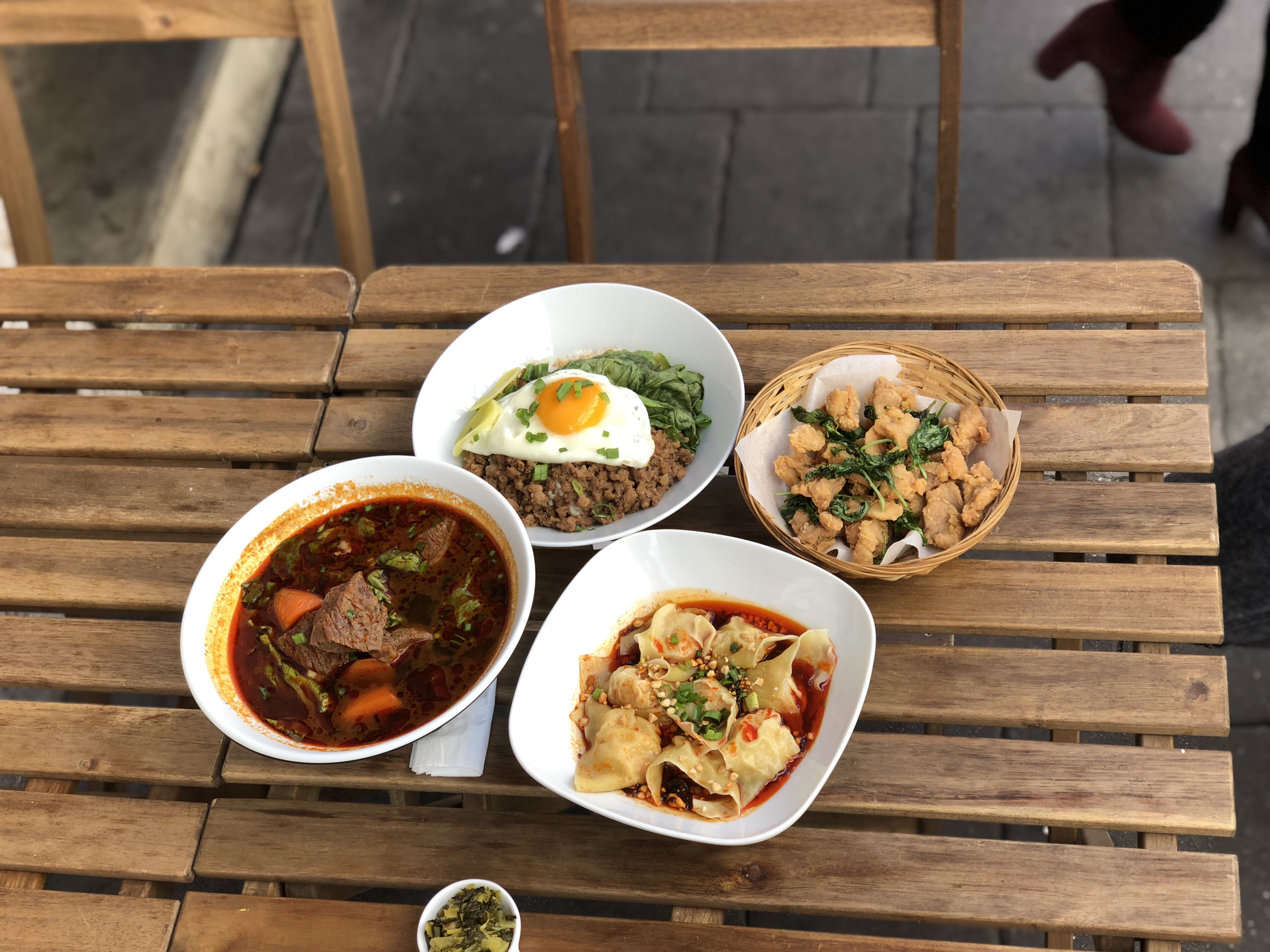 For all its much-vaunted improvement in the past few years – and there has been much of that, no doubt – Krakow’s Asian food scene is still lacking in some vital areas. Chinese and Vietnamese cuisine is a glaring example, still an area dominated by red-fronted dirt-cheap places of questionable quality, most of which have existed since the 1990s or earlier.

Thai food, though improving, is still not top-notch, and Krakow is still waiting for its first Indonesian/Malay eatery. Central Asian food is omitted entirely, and Middle Eastern fare is patchy. Indian restaurants are all the rage, but do we have a definitive place to match, for example, what exists in any average town in the UK? All grumbles, but there is no question that things are on the up, and I can’t even compare the eating situation to what it was when I arrived in the city in 2002 without mentioning milk bars, ketchup on pizza and ropy kebabs.

A new Taiwanese eatery therefore is a welcome arrival in the city – as mentioned, Chinese food is not well-represented, and Taiwan is obviously not a million miles away. I dropped in on a quiet Tuesday night just after Bonfire night to see if it sets the world on fire.

Located slap-bang in the city centre, on the McEatery/cattle-market thoroughfare that is ul. Szewska, KuKu is attempting to inject a bit of Asian sophistication into ‘Shoemaker Street’. Its full name is ‘KuKu Taiwanese Fried Chicken & Noodle & Bubble Tea’ – which is rather a mouthful, although it does what it says on the tin. 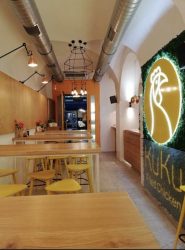 The restaurant is aiming mostly for a quick eats/lunch crowd, and is not a place for an expensive, lingering, sit-down meal – there are no seats, just stools, which encourages a fast turnover. Not to say that it’s unwelcoming or uncomfortable; its bright, breezy, cool interior is pleasant and relaxing. Asian-ish piano music gently comes from the speakers to complete the laid-back atmosphere.

You order food from the menu at the bar, and it’s served to your table. Drinks are mostly of the soft variety with some Asian beers on offer. I had a bottle of Asahi and one of Sapporo (both Japanese, 12zł).

The menu is composed mostly of noodle dishes. Ramen is very trendy in the city at the moment, and this Japanese dish appears in many other pan-Asian restaurants across the city. It’s a shame therefore that this Taiwanese restaurant does not stick to purely Taiwanese dishes – I’d like to see a real reflection of what this reputed food mecca truly has to offer. Regardless, there are a good amount of ramen and other noodle dishes here to choose from, both meaty and vegetarian, priced 25-45zł – about 15 in total.

I settled on a spicy ramen (32zł) which, at 800ml is a meal in itself. Containing sliced pork, fried mince meat, bean sprout, onion, a boiled egg, ramen and spicy bulion, the huge bowl was first and foremost a very satisfying portion, which is very fairly priced. This bowl of goodness was rich, well-spiced (and you can ask for it to be more or less spicy), well-balanced, and made with care to detail with fresh ingredients. The pork slices were succulent and tasty, the bulion rich and flavourful, and the noodles well-cooked. I was well satisfied with it. My partner’s noodles with Taiwanese curry sauce (25zł) was, she reported, also satisfying. I ordered a couple of pieces of fried chicken (a drumstick and a wing, 6/7zł each), more out of duty than anything – since it’s what the restaurant advertises itself as selling. They were okay, well-cooked and lightly spiced, but I’m not sure why they’re on the menu, and I’d question how valid they are in Taiwanese cuisine.

Although frankly I was quite full already, I decided for the sake of the review that I’d better try something else – a basket of vegetables fried in a crispy tempura batter looked tempting (15zł), but it wasn’t available, so I went for some dumplings – one bowl of Taiwanese spicey wonton (22zł) and one with prawns (39zł). Both portions serve eight pieces. I’d add the caveat that neither dish is small enough to be considered a starter, but many would balk at paying so much for a few prawn dumplings. However, both were extremely tasty and the real deal as far as wonton are concerned – delicious pieces of prawn or fried pork inside parcels of doughy goodness served with a hot garlicky sauce which was extremely moreish.

Most customers will be coming here for lunch and eating only one dish rather than a succession, so unless you haven’t eaten for about 24 hours, I don’t advise repeating what I did. Thankfully, there were no desserts available other than ice cream, so in the interests of professionalism I diligently ordered a scoop of pear cheesecake flavour and wasabi flavour before my stomach burst (3.50zł a scoop) – inventive flavours which are a welcome addition to the very competitive ice cream vendor scene in Kraków.

I couldn’t leave without tasting the intriguingly-named bubble tea in the restaurant’s title, so I ordered a Taiwanese taro milk one. This is an undisputed Taiwanese feature on the menu, it having been invented in Hainan in the 1980s. It’s a refreshing, sweet, milky concoction that actually has very little to do with tea and contains no bubbles, but is more akin to a milk shake containing bits of jelly and tapioca balls. It was a nice way to end the meal though, and at 15zł a fair price for an unusual flavour.

Overall, I’m giving this new Asian place the thumbs-up. It does offer something slightly different in Krakow (especially for around the Market Square) and is a nice, bright, and breezy, friendly place which does what it attempts to pretty well and at reasonably fair prices. Its strong suit is its noodle dishes, and it’ll doubtless do well if it only serves that ultimately.

My only reservation is that it’s not quite Taiwanese enough for my liking, and I’d hope to see more of a variety of authentic dishes from that under-represented country on its menu in the future. People can get chicken wings or drumsticks from any number of places; why not offer something more exotic? Maybe Krakow will one day finally see some truly authentic cuisine from that part of the world. In the meantime, enjoy the noodles.