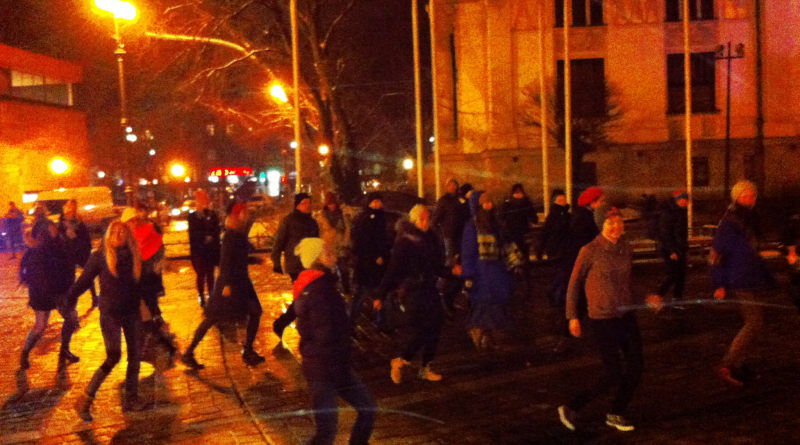 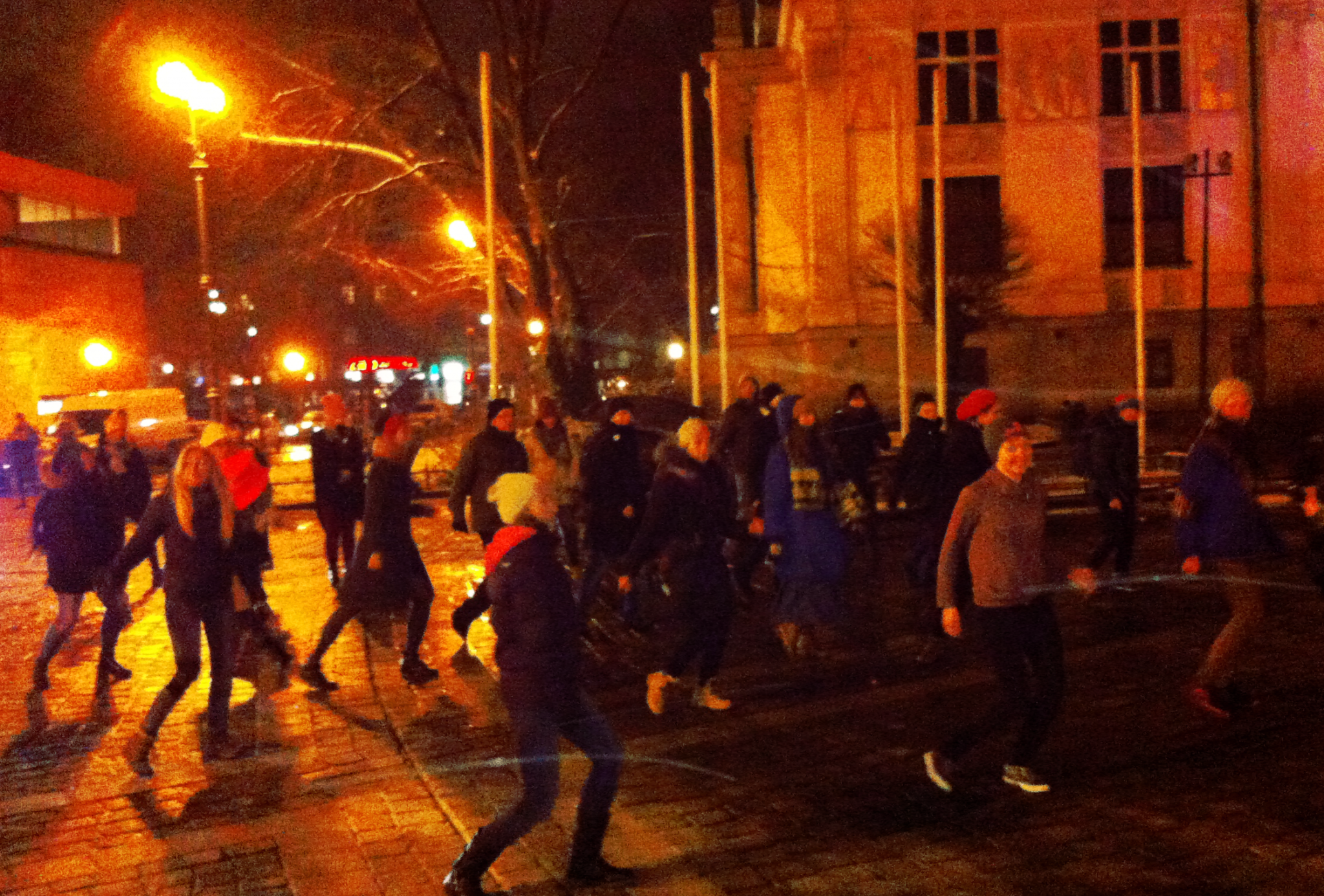 A small group of activists braved Krakow’s Valentine’s Day sleet, cold, and passing lovebirds to stage a dance on Plac Szczepański to raise awareness of rape and sexual violence against women.

The performance/demonstration was part of the global One Billion Rising movement. Started in 2012 by Vagina Monologues playwright Eve Ensler, participants gather annually on February 14th (“V-Day”) in cities around the world for a choreographed show of unity in step to energetic feminist anthems. This year over 200 countries were a part of it, and 30 cities in Poland alone.

Krakow’s edition has been coordinated since 2013 by Fundacja Machina Fotografia, an NGO which organizes various social initiatives with a special focus on empowering women and people with disabilities.

One Billion Rising’s 2018 theme is “solidarity.” Along with the dances, which the Krakow participants practiced for several weeks, there were also short speeches by the organizers on this subject of women standing together against oppression – highlighting, for example, the #MeToo movement which began in late 2017 and saw many women speaking openly for the first time about their common experiences with sexual harassment and violence in their professional and personal lives.