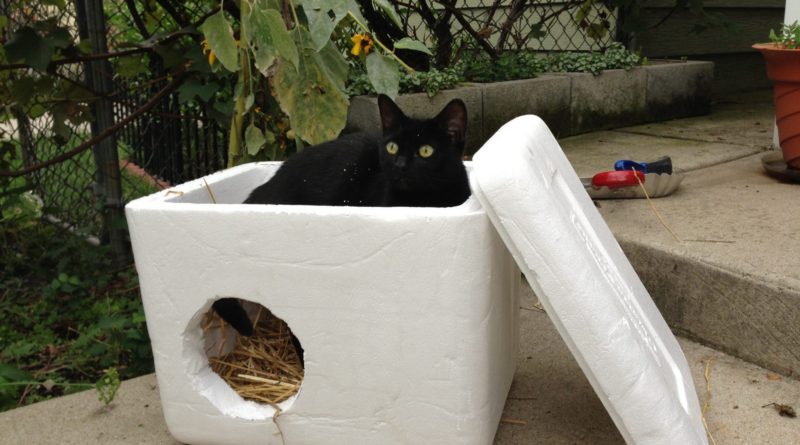 Participants took discarded polystyrene boxes used to transport medical supplies, lined them with insulating foil, created an entrance, and taped them together as in the photo shown above.

The boxes will be given to the Shelter for Homeless Animals in Krakow, which will distribute them near housing estates which have requested them. It is their hope that the shelters might prevent stray cats from freezing to death.

The Polish-language news portal LoveKrakow reports that the number of attendees for the event was greater than expected. The organizers, Kocia Kawiarnia Kociarnia, said they would like to hold more such events – they only need more boxes. If you have one, you can bring it to the cafe at ul. Krowoderska 48.

Alternatively, if you would like to build one on your own, the American Society for the Prevention of Cruelty to Animals (ASPCA) has a few tips: