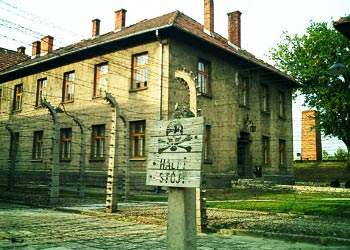 While last month’s theft of the Arbeit Macht Frei sign exposed the Auschwitz museum‘s shortcomings in regards to security, the museum is facing much graver problems.

The Auschwitz-Birkenau Foundation, which is in charge of the camp’s conservation, is still lacking much-needed resources to maintain the camp’s ageing structures. A 120 million euro endowment fund has been set up for that purpose, and so far only German Chancellor Angela Merkel has guaranteed her country’s support, which will contribute half of the needed funds.

Jacek Kastelaniec, the director of the Auschwitz-Birkenau Foundation, will appeal to British Prime Minister Gordon Brown to keep his promise to contribute funds for the camp. He will also visit France, Belgium, and the United States to call for support for the effort.

In addition, Prime Minister Donald Tusk has asked 40 heads of government for contributions on behalf of their countries.