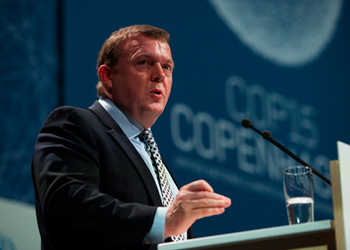 The United Nations conference on climate change in Copenhagen began today, with 192 countries being represented. The conference was opened by Poland’s minister of the environment, Professor Maciej Nowicki.

United States President Barack Obama and United Kingdom Prime Minister Gordon Brown are among the world leaders to show up at the conference, which is to last until 18 December. The last climate conference was held a year ago in Poznań, therefore Poland’s minister of the environment, who was the president of that conference, hosted the opening ceremony of the Copenhagen conference and passed the leadership on to Denmark. Prime Minister Donald Tusk is also to take part.

According to Polish Radio, Jerzy Buzek, head of the European Parliament, said before the conference, “Concrete declarations should be made both concerning financial issues as well as the reduction of emissions. This should be the goal, but unfortunately there is little chance it will be reached at the meeting.”

With Poland relying almost completely on coal for its energy, it has constantly been at the centre of the debate on carbon emissions within the EU. And now, in the wake of the conference, according to Thomson Reuters, the European Commission announced on Thursday that it has appealed against Poland and Estonia’s court challenge regarding their carbon quotas.

Poland appealed against the carbon quotas imposed on it by the EU for the 2008-2012 period. The appeal was successful as the European Court of First Instance cut Poland’s quotas by 27 percent in September.

Now the Commission’s appeal brings Poland’s dependence on coal back into the spotlight. Barbara Helfferich, the Commission’s environmental spokesperson, said, “The Court of First Instance has not sufficiently taken into account the fundamental purpose of the EU ETS to reduce overall EU emissions of greenhouse gases and the need to ensure equal treatment of member states during the assessment process”.

But, that is not the only controversy Poland is in at the start of the conference in Copenhagen. There have recently been rumours that Professor Nowicki, who led the opening of the conference today, is to resign from his position as minister of the environment due to a conflict with the vice minister, Stanisław Gawłowski.

Gazeta Wyborcza reported that several politicians from the Citizens Platform (PO) party have confirmed that Nowicki, an independent, is likely to step down, although the man whom he is supposed to be at odds with, Gawłowski, a member of PO, denies the rumours.

According to the Wprost weekly, Nowicki’s resignation is a done deal, but Tusk’s government is not commenting on it yet because of the Copenhagen conference.

Paweł Graś, the spokesman for Tusk’s government said that the Prime Minister will comment the situation on Tuesday.

Nowicki was originally recommended for the position by PO. He is an advocate of changing Poland’s outdated energy system by steadily moving away from coal energy in favour of renewable and atomic sources.

All eyes are now on Copenhagen and it remains to be seen what role Poland will play in the conference.

See also: Climate on the Agenda