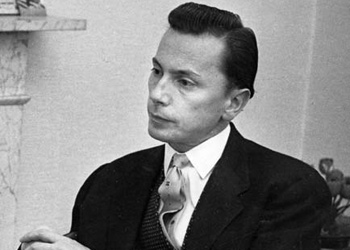 A new documentary about Sir Andrzej Panufnik (1914-1991), the celebrated composer who fled Poland in 1953, has been premiered in Warsaw. The film is an especially intimate record, as it is told through interviews with the composer’s son, Jem Panufnik, now a successful DJ in the UK and co-founder of hip label Finger Lickin Records.

My Father, the Iron Curtain and Me was largely shot in Twickenham, London, at the Panufnik family home. The composer’s son talks to several of his father’s English friends from the musical world, before moving to Warsaw to discover more. Panufnik senior had never told his son about his life in Poland, and Polish was not spoken at home. But behind the genteel façade lay a hair-raising history.

Andrzej Panufnik’s escape from Poland at the height of Stalinism was a dramatic undertaking that infuriated the communist elite. When he arrived in England, Panufnik had barely a penny to his name. However, ultimately the composer was able to rebuild his career, and he was knighted in 1991, the year he died.