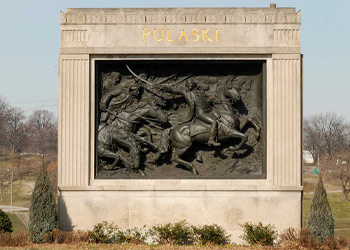 Last month, the U.S. House of Representatives unanimously voted to grant the Polish war hero honorary citizenship, after which the Senate also approved the resolution, before President Obama signed it into law.

Dennis Kucinich, a Polish American from Cleveland, Ohio, originally brought up the resolution in the House of Representatives in 2005. The legislative process started at that time has finally come to a close, 230 years after Pulaski’s death.

Only six other individuals have been granted honorary citizenship by the United States, including Mother Teresa, Winston Churchill, and the French General La Fayette.