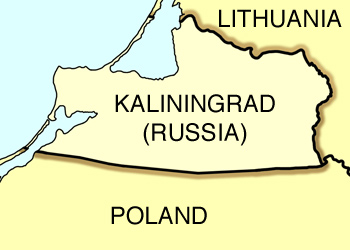 Less than a week after President Obama announced that there will be no American missile shield in Poland and the Czech Republic, Russian officials have scrapped their plans for the deployment of short-range missiles in Kaliningrad.

The change of plans was announced by Russian deputy defence minister Vladimir Popovkin. “Reason has prevailed over ambitions,” he told Ekho Moskvy radio. “Naturally, we will cancel countermeasures which Russia has planned in response, such as the deployment of Iskander missiles in the Kaliningrad region.”

Today, the chief of staff of the Russian military, General Nikolai Makarov, told reporters that Russia is only interested in creating a missile defence system jointly with the United States. However, he did not state that the plan to place Iskander missiles in Kaliningrad has been abandoned. “The decision has not been taken. There has to be a political decision,” he said.