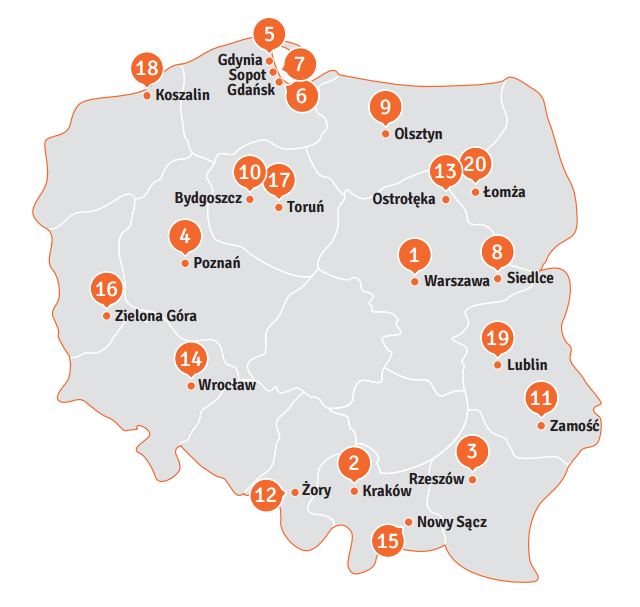 Krakow has been named the second safest Polish city, according to the May 2017 ranking “Bezpieczne i otwarte miasta” (“Safe and Open Cities”).

The study was conducted by Polityka Insight on behalf of the French Schuman Foundation and the German Konrad Adenauer Foundation. Researchers looked at 66 Polish cities and placed Krakow below Warsaw and above Rzeszów, expressing surprise that the winners tended to be larger cities and not small towns.

In contrast to similar rankings, the Safe and Open Cities report not only focuses on popular indicators of crimes, but also tries to measure the level of inhabitants’ contentment, tolerance, and public transport safety. The hope is to create a rich and data-based picture which includes 44 indicators, valuable both for citizens and foreigners.