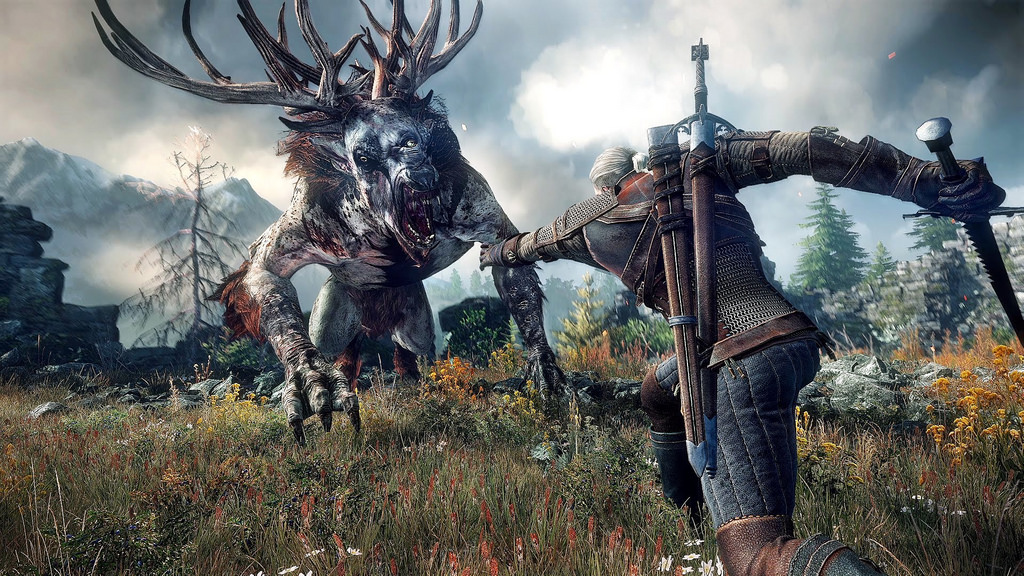 PICK OF THE WEEKEND

This is a truly unique, and uniquely Polish, event. Fans of fantasy literature as well as gamers in this country are undoubtedly familiar with The Witcher series of novels and games, which have gained worldwide renown. This concert by the fantastic medieval/folk/etc. group PERCIVAL will feature their original music as it appears in The Witcher III: Wild Hunt game performed live, complete with animation, theatrics, and guest musicians.

But don’t think that being a gamer or a fantasy fan is in any way intrinsic to the enjoyment of this concert. The soundtrack album to The Witcher III: Wild Hunt was one of the finest Polish albums of last year, and if you enjoy Celtic-flavored folk music laced with beautiful ambient soundscapes and occasional otherworldly vocals, you NEED to be here!

SANDOVAL has probably done more to popularize the sound of his native Cuba than almost any other artist, but that’s only part of the story, as his 10 Grammy Awards, an Emmy, to a couple dozen solo and collaborative albums covering everything from film soundtracks to classical compositions, to a tribute to his friend and mentor Dizzy Gillespie, will attest.

In 2000, he was played by Andy Garcia in the Emmy-winning HBO film For Love Or Country: The Arturo Sandoval Story, and in 2013 President Barack Obama awarded him the Presidential Medal Of Freedom. So what’s a musician to do after all of that? Go out and play, of course.

Going back to the 1960s (when jazz was officially “decriminalized”), Poland has always had a very special relationship with jazz artists, who in many cases, still get treated with more respect here than back in the States. At 67, SANDOVAL is still at the height of his powers, and the Kijów is one of the most comfortable venues in town. So, to paraphrase that old song – if you need that swing, this is your thing!

Check out this performance of the classic, “A Night in Tunisia” from just last year, if you need convincing;

There are a few good Cracovian blues rock bands, but the combination of strong original songs and the voice and presence of singer Monika Tokarz gives KINO DELERIUM something more than most.

Their 2016 self-titled EP (which you can hear below) may not be earth-shattering, but it displays enough originality and personality to bode well for the future.

TOWNSEND is generally pigeonholed as a progressive metal guy, but over the 24 albums recorded under various guises that he’s been at the helm of since 1995, he’s covered everything from ambient techno, Americana, thrash metal, industrial, and probably a few other things. 24 albums in 21 years is remarkable by any standards, and that’s without even considering his bouts with bipolar disorder and the four years he quit making records altogether.
Whether you like his music or not, the productivity, as well as his talent and artistry is undeniable.

Transcendence, his latest album, generally stays in the realm of the kind of high drama prog metal with occasional operatic overtones he is most known for, but elements of pop, electronica, and ’90s alternative music also appear. It may not be anything new to the DTP faithful, but considering how prolific he is, it’s nonetheless quite impressive (click on the link to hear the entire album.) And his live shows have the reputation of always being colossal events, as befits the epic nature of the music.

Those disappointed by the unexpected last minute cancellation of last week’s Dillinger Escape Club show may want to console themselves by showing up for BETWEEN THE BURIED AND ME, who also specialize in that strange genre known as math metal, or technical death metal, or kinetic progressive incomprehensible multifarious metal (okay, I made that last one up.) But basically, it is incredibly complex music that can, by turns, be beautiful and melodic, then screaming, growling, and ugly, without warning. It often shocks more than pleases, and while I appreciate the ability and creativity involved, it’s difficult to connect with emotionally. So, yeah, It’s not for everyone, to be sure. But they will be performing their most recent (and to my ears, best) album, Coma Ecliptic, in its entirety, so this would be a great time to check them out.

When Rod Stewart replaced Steve Marriott in the Small Faces (and lost the ‘Small’ adjective in the process), the result was a boozy no-holds-barred rock ‘n’ roll powerhouse that made the Stones look old and tired – in 1971, no less. For a while, Rod pulled double duty with great solo albums like Gasoline Alley and Every Picture Tells A Story displaying his folkier side, while rocking out on The Faces Long Player, A Nod Is As Good As A Wink…, and Ooh La La (even thought it was pretty much The Faces backing him on his solo albums as well.)

Of course, solo fame beckoned, he moved to Los Angeles, and for many folks my age, that was kind of the end of his significance. It was horrifying as a proud teenage owner of a ‘Disco Sucks’ T-shirt to see Rod prancing about in spandex singing, “Do Ya Think I’m Sexy”, and “Tonight’s The Night” still makes me cringe. Of course, those songs weren’t directed at guys who wanted to either Rock or be challenged intellectually by music. They weren’t directed at guys at all.

But to his credit, he’s no music snob. In this century he discovered a hitherto untapped market by recording five volumes of The Great American Songbook – as in, old standards that most rock singers would never have thought to attempt – and surprisingly scored his first #1 album since 1979. In doing so, he started a (some would say unfortunate) trend. Since, everyone from Sir Paul McCartney to Cyndi Lauper to Glenn Frey have gotten in on the act. Even Bob Dylan – who is undisputedly a genius but few would call a “great singer” – is about to release his third such album. And it’s a triple CD set!

But luckily (depending on what you like, of course) he’s leaving the Gershwin and Cole Porter behind this time out and concentrating on his own past. This tour is called The Hits, and with his legacy, it’s no idle boast.

Unsurprisingly, his shows these days are more akin to a Las Vegas revue than the drunken rowdy Faces gigs of yore, with large bands and a lot of spectacle behind him. But, still, Rod has the charisma, and more importantly the back catalogue, to fill arenas the world over. At 72, his voice may not be what it once was, but who cares? You’ll be singing along the whole time anyway. As you can see in this clip, he’s still got that undefinable ‘Rodness’ that has carried him through six decades of music making.

If you like power trio psychedelic hard rock, with prog overtones, you are going to LOVE this Ukranian export. They manage the rare feat of being completely unpredictable and comfortingly familiar at the same time, with music that has roots in 60s psych and 70s hard rock, but manages to sound uniquely original. A brief perusal of their live shows on YouTube should be enough to convince anyone with a love for this stuff that this is 20zł well spent.

WEEDCRAFT are the perfect counterpart, with their instrumental doom-laden space metal epics that often exceed the 10 minute mark.

Turn on, Tune up, and Drop In to Alchemia for what is surely to be a trip!