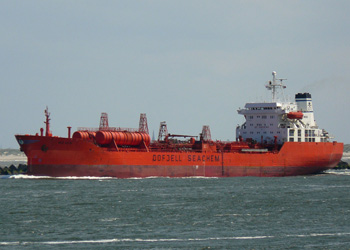 On April 8th, a small boat attacked the United States cargo ship Maersk Alabama three hundred miles off the Somali coastline. Whilst the ship and the crew were able to escape, Captain Richard Phillips was not so lucky – he was taken hostage. In response, U.S. President Obama’s administration swiftly ordered a military action that resulted in the liberation of the captain and the killing of the pirates. This blunt reaction was also intended to send an unequivocal message to the rest of the sea-bound criminals: the United States will not stand their barbaric activity anymore.

A month beforehand in a separate incident, Polish sailors were unfortunate enough to learn the tactics of Somali pirates from close range. In March, Bow Asir – a tanker under a Norwegian banner – was hijacked and the crew taken hostage (which included five sailors from Poland). Eventually, the pirates released the tanker along with the crew, but only after the ship’s owners paid a 2.4 million dollar ransom.

In recent years, the Gulf of Aden and the whole Somali coastline have become the world’s most treacherous nautical zone. But it wasn’t until the recent spate of attacks on Western traders that the problem of modern piracy was really brought to the attention of the international community. After a series of assaults in November 2008 (which included the hijacking of supertanker Sirius Star), states and international organizations began to investigate the issue with greater care. The United Nations Security Council passed a resolution last December that allows states and regional organizations to “undertake all necessary measures appropriate in Somalia, to interdict those using Somali territory to plan, facilitate or undertake such acts.” Nowadays, navies of virtually all the major powers are patrolling the western part of the Indian Ocean. Warships from the United States, France, India, Russia, China and Pakistan are amongst the most active states trying to prevent and fight piracy in the region.

But the problem is that the real threat does not come from the sea but from the land. The Somali pirates’ impunity and lawlessness stem from the fact that for nearly twenty years Somalia has been a failed state, consumed by civil war and the constant struggle for power among the local warlords. In order to seriously address those issues the international community will have to do much more than send its ships to Somalia’s coastline. Most importantly, we need to understand what Somalia has been through over the last few decades.

A history of violence

During the Cold War, Somalia – as was the case with most Third World countries – was the arena of an ideological clash between the United States and the Soviet Union. And as was often the case, when the East-West rivalry came to an end in 1989, Somalia was completely forgotten about by its former patrons. For Somalis, the year 1991 marked the beginning of a long and brutal civil war. In January of that year, Siad Barre, the bloody dictator who had ruled Somalia since 1969, was forced to flee the country, and a fight for power erupted. The side effect of this struggle was famine and a humanitarian disaster that took a terrible toll on the Somali population; according to prudent estimates in 1991 alone 20,000 people died and 600,000 were displaced because of the civil war. This was only the beginning of Somalia’s demise. The country’s institutions ceased to exist or became completely corrupt and ineffective, making Somalia a classic example of a failed state. In order to prevent a humanitarian catastrophe the United Nations and the United States undertook a series of attempts to help people in Somalia. The most famous of these were the operations Provide Relief and Restore Hope.

But unfortunately for Somalia, the situation there was much more complicated than mediators seemed to have thought. As the UN tried to provide the population with food and humanitarian aid, warlords quickly started to target the humanitarian convoys and loot the supplies. It resulted in a change in the aims of the mission, as the UN started to promote a more ambitious nation-building agenda, and United States rangers and Special Forces began to chase local warlords. This led to the well-known tragic events in Mogadishu in October of 1993 that left 18 U.S. soldiers dead and 76 wounded. Their mutilated bodies were shown by TV stations worldwide, forcing the Clinton administration to withdraw U.S. troops from Somalia by the end of March 1994. The United Nations, which did not handle the situation in Somalia effectively, was short-handed and suddenly Somalia was left alone and its descent into chaos continued.

From piracy to terrorism

Nowadays, piracy off the Somali coastline is nothing more than a consequence of the situation in that country. In the 1990s, warlords attacked UN convoys that tried to provide assistance to villagers. Right now they send their members to attack cargo ships and tankers. Somalia is by no means a sovereign country. It cannot control its territory and its political institutions have almost ceased to exist.

What makes matters worse in Somalia is that the international response to the phenomenon of piracy is half-measured and insufficient. Killing pirates may or may not prevent future attacks. But it will surely not improve the situation in Somalia. On the contrary, it is very likely that warlords will use this anti-piracy campaign for their own political purposes. Let us not forget that there is also one more organization that operates in Somalia – al-Qaeda. And its leaders strive to recruit disillusioned, poor Somalis who have nothing to lose. This in turn poses a crucial question: what to do with Somalia, as it quickly might transpire that the piracy in the Horn of Africa does not constitute the biggest problem for international security there.

Unfortunately, the answer may well be that nothing short of an international intervention will be sufficient to stop the chaos in Somalia. Yet such a course of action will certainly not guarantee stability. But which states – especially after the United States’ experiences in Iraq and Afghanistan – will have the stomach to send ground troops to Somalia to engage in the time- and money-consuming task of state-building? Poland, whose troops are already committed to the war in Afghanistan, should pay attention to Somalia. If these terrorists have any serious plans to make Somalia their safe haven, there’s little to stand in their way.