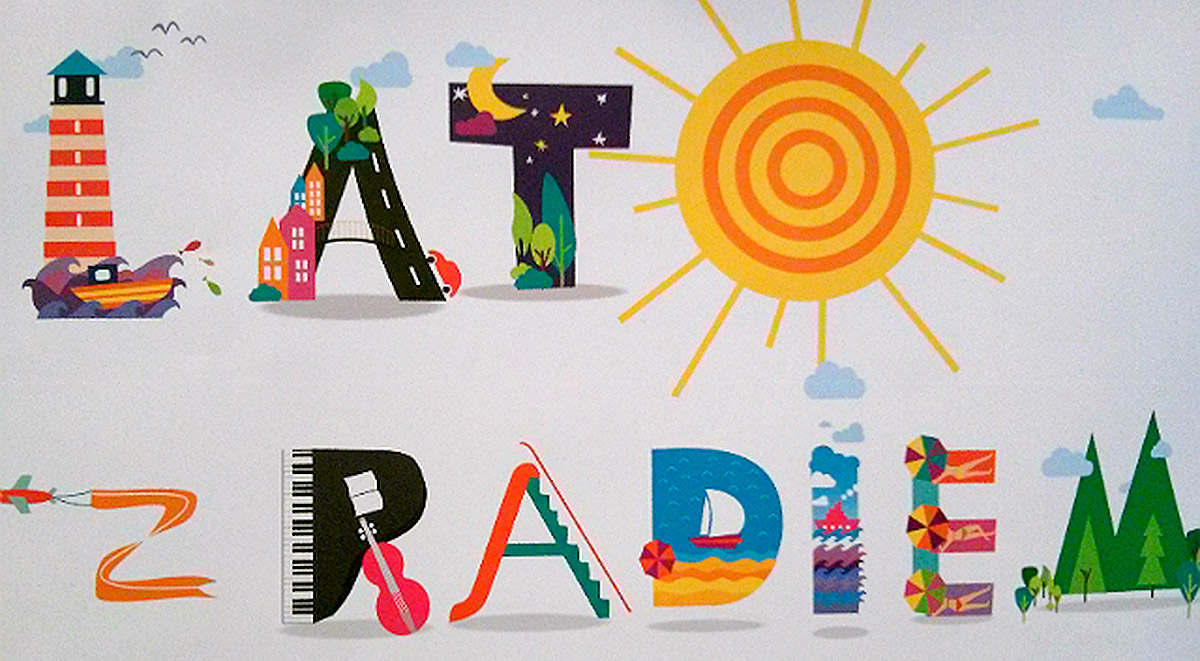 Outside of the many World Youth Day-related concerts and recitals of religious music (schedules of which can easily be found elsewhere) there are almost no secular musical events happening after Monday. Here’s what’s happening before:

This traveling festival is brought to you by the folks at Radio One, and, as is often the case with such sponsored shows, presents a unique combination of diverse artists that wouldn’t normally share a stage or an audience.
With the occasional interruption, PERFECT has been one of the biggest Polish rock bands since their #1 platinum selling debut album back in 1980 (and going platinum here in 1980 was a seriously big deal) – a feat they repeated in 2010 with the anniversary album XXX. They are currently touring their new The Greatest Hits compilation, and will undoubtedly bring a number of classic Polish radio standards to life. This is a great chance for any expat to see a true Polish rock legend at no charge.

Poznań’s LUXTORPEDA were formed in 2010 by guitarist Robert Friedrich, who was already well-respected in the hard rock and metal world for his work with Polish heavyweights Acid Drinkers and Turbo. They’ve prolifically released four studio and several live albums, and are renowned for an intense live show, which will undoubtedly rattle the stained glass of stately St. Joseph’s church to the delight of the headbangers in attendance.

It may seem bizarre, but in case you haven’t noticed, Poland has a love affair with reggae music that goes way beyond Bob Marley. MALEO REGGAE ROCKERS are festival favorites who’ve been playing since the late 90s, and have over half a dozen albums to their credit. They’re led by singer/guitarist Darek “Maleo” Malejonek, who previously fronted Israel, widely regarded as Poland’s first reggae band, so they’re the real thing.

KRZYSZTOF ANTKOWIAK is a pop singer/songwriter/television personality who first hit in the late 1980s. He’s been inactive for long stretches, but returned last year with the Cały z kochania (All For My Love) album.
And what would round out a bill featuring alternative mainstream rock, metal, reggae, and pop? Well… It’s ARKA NOEGO, a group of youngsters singing children songs, of course!

In nearly a half century of going to concerts, I don’t know that I’ve ever seen a bill so… odd.

YELLOWJACKETS started life as essentially (blues-jazz guitarist extraordinaire) Robben Ford’s supporting cast, but soon became the standard-bearer for a kind of Weather Report-lite funk jazz, perfect for people too adventurous for Kenny G’s easy listening, but overwhelmed by the intensity of progressive heavyweights like Return To Forever and Mahavishnu Orchestra.

Although keyboardist Russell Ferrante is the last man standing from the original lineup that recorded their classic debut album 35 years ago, the new Cohearance reveals a rejuvenated band – so much so that it was actually recorded in just two days! As this montage from a recent concert shows, they’re still a live force to be reckoned with.

Balkan-Folk-Jazz-Ska!!! And it’s quite good too! GYPSY SKA ORQUESTA began as the duo of sax player Sebastian Leon and accordionist Mauricio Vivas, playing literally on the streets of Caracas, Venezuela in 2009, but the membership has since grown in number to nine (hence the “orquesta” designation.) Known to play weddings, parties, or wherever the road takes them, a good time is definitely in the cards

Rotunda will be opening its doors to the arriving throes of visiting pilgrims in anticipation of World Youth Day both nights this weekend for some homegrown alternative rock, funk, soul, and gospel.

Saturday’s secular show has the potential to be excellent. Led by keyboardist Pawel Pawlik, GREENSTREET PROJECT have been through many personnel changes since their formation a decade ago, but appear to have found their footing with soulful vocalist Kaludia Kurznowicz. They play a kind of 1970s-based funk rock, with some modern influences.

Tarnow’s SAYES cite Queens of the Stone Age, Placebo, and Interpol among their influences, and since the 2010 debut album, Historia ledwie w zarysie (History of Barely a Glance), have opened for heavyweights such as Raveonettes, Myslovitz, and Cool Kids Of Death. They were also semi-finalists on the hit TV contest show Must Be the Music (twice), and their songs have won several contests.

Toli Jasionowska was known as the singer for Daredevil before forming SFORZA/JASIONOWSKA, a vehicle for her personal, emotional, experimental, and sometimes strange (in a good way) music. Her approach sometimes verges on a kind of bizarre Polish-heavy-metal-meets-Kate-Bush combination, and if you only have time to catch one artist on Saturday, she gets my vote.

ROMANTIC FELLAS are the result of a couple of experimental electronic musicians deciding that it might be interesting to explore the realms of pop songwriting. The songs themselves often have the melodies and vocals of smooth R&B ballads, but the dubstep-influenced glitchy arrangements sometimes turn them into the aural equivalent of a gran mal seizure. It’s definitely one of those “you’ll either love it or hate it” things.

On Sunday, the doors open even earlier (17:00) for five different gospel choirs from all over, so if you need some old time religion to put you in the proper spirit for the papal visit, but don’t really want to attend a formal church service, get thee to Rotunda.

There are any number of places on this website (and in the new print edition of the Krakow Post) where you can read of my enthusiasm for Mr. Turnau  so in the interest of avoiding redundancy, allow me to simply say that he is one of Poland’s greatest treasures, and if you have any love for great songs played and sung wonderfully, just go to this show. He’ll be playing with his phenomenally talented band, and you simply will not hear a finer group anywhere. You’ll thank me later, I promise.

After his set, there will be a showing of the film Śladami Historia Podgórza (We Trace The History Of Podgórze), which will have English subtitles.

And speaking of film, Z HARFA W TLE (With the Harp in the Background) is an ensemble which performs music from Polish films, and both they and KANERTA KRAKOWSKA will provide a unique afternoon of quietly intense compositions preceding Mr. Turnau.

This is a venue not often utilized for music, and between this show and the big rock bill the day before, the results will hopefully create a precedent for future events.

Remember the so-called ‘Post-Punk Revival’ at the beginning of the century when acts like The White Stripes, The Hives, and The Vines were being hailed as the new saviors of rock and roll? Both of these Norwegian bands are cut from that same cloth, but each with their own individual characteristics.

MOOSE EMPIRE utilize 1960s style organ integrated with their raw pop punk in a way not unlike Sweden’s The Caesars while HRPS are a bit more aggressive, and actually self-identify as “anti-punk”, with a singer whose live antics have been compared to (arguably) the most notorious performer of all time, GG Allin. Regardless of trends, there will always be room in the world for good old-fashioned poppy garage punk, and this should be a good night for it.