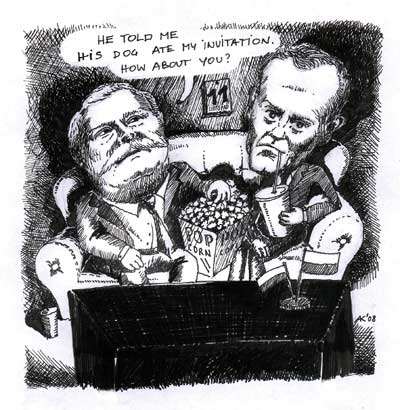 November 11th saw the 90th anniversary of Polish independence. However, there were some noticeable absentees at the presidential ball that evening. Prime Minister Donald Tusk declined his invitation, claiming that he had other plans. Meanwhile, Solidarity hero Lech Walesa was not even graced with an invite.

Tensions between the President and Tusk – who represent different political parties – have reached embarrassing proportions in recent months. Likewise, Lech Walesa has a long history of animosity with the Kaczynski brothers. In 1993, Walesa sacked the Kaczynskis from his ministerial team, prompting years of bad blood. “It’s too bad I wasn’t invited,” quipped Mr. Walesa about the ball, “I was looking forward to partying and dancing with Mrs. Kaczynska.”