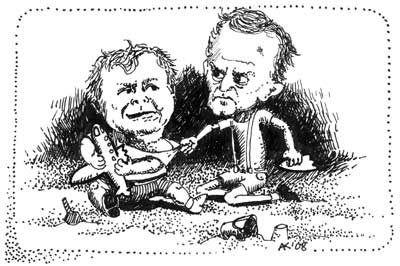 For most EU citizens, the latest European Council summit in Brussels will probably be remembered as an effort by their leaders to prevent global financial meltdown and combat climate change. For Poles, memories of the meeting will coincide with another embarrassing political spat between Polish President Lech Kaczynski and Prime Minister Donald Tusk.

The power struggle between Kaczynski and Tusk, which began last year after Tusk ousted the President’s twin brother in parliamentary elections, plunged to new lows when the two fought bitterly over who would be representing Poland at the crucial EU meeting.

Tusk’s government tried everything in its power in the days preceding the summit to persuade the president not to attend. Polish foreign Minister Radoslaw Sikorski pleaded on national radio for the president to “not weaken the country’s negotiating position,” but rather to allow a government delegation, which included himself, Tusk and Finance Minister Jacek Rostowski, to represent Poland.

Tusk and Kaczynski also met briefly only a couple of days before the summit, yet the meeting failed to bring the dispute to an end.

This led to the bizarre scenario of Kaczynski having to charter a LOT 737 to Brussels, after Tusk flew to the Belgian capital in a government jet, which he then refused to send back to Warsaw for the president.

Polish news channel TVN24 estimated the cost of hiring the Boeing 737 at 140,000 zlotys. What’s more, it left scores of travellers stranded at the Warsaw airport for hours.

The two were eventually awkwardly seated next to each other at the summit, with Rostowski giving up his seat to allow Kaczynski to take part in official talks for no more than 10 minutes on the first day.

True to form, Poland didn’t shy away from playing a key role at the Council meeting, joining Italy in opposing the rapid implementation of CO2 emissions reduction regulations in the EU, which was seeking to speed up work on energy security. There was more unity on the current international financial crisis however, with the Council committing to comprehensive and coordinated action to protect the European financial system from further decline.

From a Polish perspective, the outcomes of the meeting were nonetheless overshadowed by the fiasco between the country’s leading statesmen.

Relations between Tusk and Kaczynski have been steadily deteriorating following the resounding victory in last year’s parliamentary elections by Tusk’s moderate Civic Platform (PO). Since then, the two have clashed repeatedly over the division of competencies, with foreign policy becoming a particularly sore subject.

The latest conflict has highlighted the need for the Constitutional Tribunal to rule on the division of powers between the government and president. The Polish constitution does not explicitly allocate responsibilities when it comes to foreign policy, although experts say that such power resides in the hands of the government.

Opinion polls have suggested that neither leader has done their popularity any favours following this latest row, although there is a strong consensus within the country that it has tarnished and undermined Poland’s image abroad.

According to one survey, 83 percent of Poles expressed shame following the latest antics of their leading statesmen.

One thought on “A Plane Case of Egos” 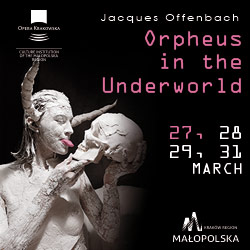