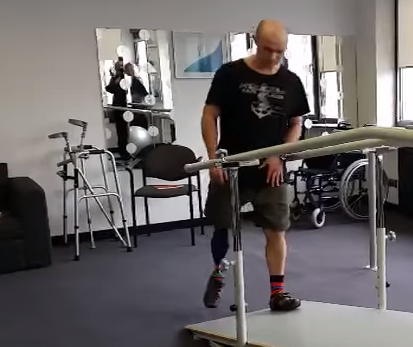 33-year-old Specialist (starszy kapral) Krzysztof Polusik, who lost nearly his entire leg while serving with the Polish military in Afghanistan in 2010,  has been fitted in Krakow with the Genium X3, a super-modern prosthetic developed in the US. He is the first Polish soldier to do so; the leg was partially reimbursed by the NFZ, Poland’s public health agency, and fitted by local firm Inovamed. The replacement appendage is resistant to the elements, can be used for a variety of exercises, and can even receive input from a smartphone. Specialist Polusik has especially expressed excitement for learning to walk with his infant daughter and playing sports with his seven-year-old son. [Radio Krakow]

One of Krakow’s two local football clubs, Wisła Krakow, drew against Kielce’s Korona after beginning the game with a lead. This added to their string of defeats has kept them near the very bottom of the 2015-16 Ekstraklasa league table, though they did move up a rank above Śląsk Wrocław after that team was beat by Piast Gliwice. [Gazeta Krakowska]

Krakow’s public transport agency MPK is set to announce the purchase of 35 new trams. They modern models come in at over 30 meters and will feature air conditioning, surveillance, and automatic ticket machines. Next year they will begin to phase out many of the boxy “Aquarium” models which have ridden local rails for 40 years, currently on lines 1, 7, and 12, among others. This comes after the recent popular installation of 36 new extra-long “Krakowiak” model trams, in an overall attempt to modernize the system. [Onet]