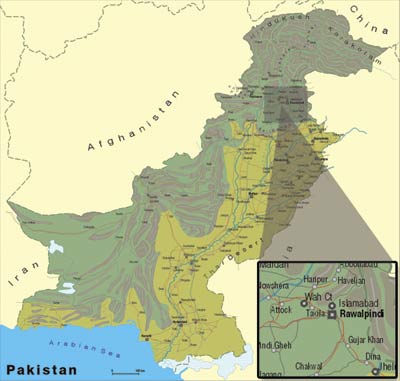 On Sunday, September 28th, Piotr Stanczak was conducting a routine visit to oil plants in the Pakistani village of Pind Sultani, near Attock city, about 82 km west of Islamabad. Together with his two Pakistani drivers and bodyguard, he was ambushed by gunmen, who killed the three Pakistanis and kidnapped Mr. Sta?czak. All that was left at the scene was the engineer’s company car and the bodies of his Pakistani companions.

The engineer was working for Krakow-based oil company Geofizyka Krakow Limited, a unit of the Polish gas monopoly Polskie Gornictwo Naftowe i Gazownictwo S.A. (PGNiG). On September 30th, the company announced that it will be pulling out of Pakistan and bringing its 18 workers home. The company states that the kidnapping constitutes a breach of its contract with local authorities.

Leopold Sulkowski, the chairman of Geofizyka Krakow, told TVN Info, “Our contract was halted because I don’t think that any of our employees could continue to work in such conditions.”

The kidnapping was condemned by Pakistan’s Foreign Minister Makhdoom Shah Mahmood Qureshi. Speaking from New York, where he was attending the UN General Assembly session, he also expressed condolences for the families of the three Pakistanis who were killed in the incident.

While kidnappings for ransom are common in Pakistan, usually the victims are well-to-do Pakistanis, not foreigners. More often, foreigners are taken by militants such as the Taliban, who have taken Westerners in the past. This is the first case of a Polish worker being kidnapped, but Taliban militants kidnapped two Chinese telecommunication engineers working for Zhongxing Telecommunication Equipment in August. The Chinese workers have not yet been released, as the militants are demanding the release of some of their own colleagues in exchange.

The Polish firm hopes this will not be the case with Mr. Stanczak, and it is meeting with local police officials in the hopes of finding a solution. Polish authorities are also co-operating with Pakistani police, while Geofizyka Krakow has set up a crisis team.

At the moment, no individual or group has claimed responsibility for the kidnappings.

One thought on “Krakow Company Pulls out of Pakistan”