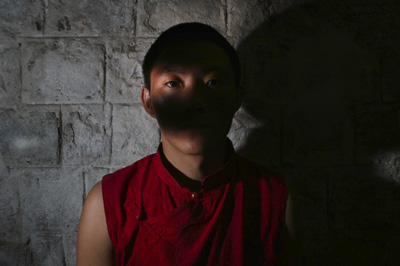 For much of August, Plac Wolnica in Kazimierz acted as an open-air gallery for a series of haunting photographs from the “Gorale dla Tybetu” (Highlanders for Tibet) initiative. The initiative is championed by two young Polish journalists who decided to document the lives of Tibetan refugees in the months before the start of the Olympic games in Beijing. In May and June 2008, Bartek Solik (who was born and brought up in Zakopane, in the Tatra Mountains) and Bartek Dobroch travelled to rarely visited corners of the Himalayas, where tradition and Buddhism have coexisted for time immemorial. Their moving photographs document the lives and stories of the refugees and show their struggles to free themselves from Chinese occupation and the resulting restrictions on their freedom of expression.

In India, the reporters also visited Dharamsala, the home of the Dalai Lama and the Tibetan government in exile; here they met Lobsang Choeden, a witness to the tragic events that took place at the Nagpa La pass in the Himalayas where Chinese soldiers killed two unarmed Tibetans. They also met with Kusang Sonama, one of the only refugees who reached Dharamsala after the March riots in Lhasa, and 17-year-old Dhartso Kyi, who fled across the Himalayas for 30 days, together with his seven siblings. The reporters visited homes for elderly Tibetans, as well as a preschool in an orphanage, itself part funded by a Polish charity, which Bartek Solik said reminded him of the school in Zakopane attended by his 3-year-old son.

The second part of the reporters’ trip took them to Nepal, where they reached Dorpathan, a remote village to the west of Dhaulagiri, the seventh highest mountain in the world. Its inhabitants spoke of how they had fled Tibet together with the Dalai Lama in 1959 in fear of the growing Chinese repression.

Since their return to Poland, the two reporters have been telling their story in the national media and their photographs were displayed on Plac Wolnica in Krakow until 22nd August, when they moved to Krupówki Street in Zakopane. As part of the ceremony to welcome the project back to where it started out from, the Zakopane gorale (Highlanders) handed over a Tibetan flag to the Tatra mountain rescue team (TOPR). The flag was then picked up by the TOPR rescue helicopter and flown to the mountain centre belonging to the Polish Scouting Association on Glodowka in Bukowina Tatrzanska, where it flies to this day.

The “Gorale dla Tybetu” exhibition can be seen on Krupówki Street in Zakopane until 15th September.