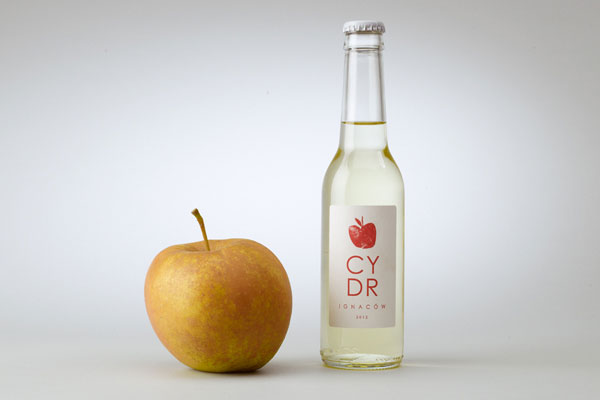 Contrary to conventional wisdom, the rush to make alcoholic beverages from apple juice in Poland is not the result of Russia’s import ban on local fruit and vegetables. In recent years, a handful of audacious cider-makers have already taken the first steps to brewing acceptable potions.

Nevertheless, Poland’s support for the Ukrainian cause has cost dearly the over 60,000 apple farmers active in the country. According to official estimates, apples and pears constituted about a quarter of Poland’s food exports to Putin’s land in 2013.

The export halt imposed by Russia undeniably has left a surplus that can be used on the domestic market for juice. More and more often, local farmers are investing their money to purchase presses and crushers to sell their products to beverage companies in Poland and abroad.

At the same time, Poland has experienced an ever-growing demand of Polish apples from importers in different parts of the world. This explains why cidermaking should not be regarded as the last resort for an army of desperate fruit growers.

The Bydgoszcz-based firm Kondor exports apples to EU countries such as Italy, France, and Germany. More recently, the Polish company has been looking for new market in Asia after successfully targeting the Maghreb region.

The apple industry has settled on a handful of mainstream varieties that perfectly fit the expectations of consumers in terms of taste, smell and sight. Polish apples can be found in Tesco stores in UK. Idared, Czempion, Jonagold and Gala Royal have taken the lion’s share among local fruit growers.

Overall, the production of cider remains a labour of love in Poland, regardless of the cultivars of apple used. Local artisans are still struggling to remove the bad reputation of apple-based drinks derived from the jabol, a low-end type of fruit wine produced since the Communist era.

In 2013 Poles drank 2 million litres of cider, which adds up to 1% of the country’s annual alcohol sales. Sales more than doubled from the previous year. This result is more sensible considering the incontestable preference for beer of a nation where wine is still a sleeper mainly consumed by urban population.

At the national level the main competitors of cider are and probably will stay fruit mixed flavoured beers. The brand Cydr Lubelski is currently the leader in its category in Poland. At this stage, it is hard to predict whether the country’s top-selling beer manufacturers will enter the market as well.

Cider export booms, however, have never occurred anywhere in the beverage market, not even in those countries with a more respectable cider-making tradition. France, for instance, exports only 10% of its total output.

On the other hand, UK is obliged to import apple juice and concentrate to meet the country’s cider requirements. The Spanish sidra crafted in Asturias and the Basque country, too, has only a few brands for export. Poland has the advantage of being fully self-sufficient with the production of apple juice.

Inspired by the grandeur of Herefordshire’s cider heritage, Tomasz Porowski, began to produce cider in 2011 under the brand Cydr Ignaców together with fruit grower Marcin Hermanowicz in the district of Grójec, 40 kilometres south of Warsaw.

Cydr Ignaców was bottled for the first time in December of the following year. As a cidermaker, Tomasz reveals an optimistic but realist persona: “Even the most ambitious and well-organized crafters in Poland will need at least 4 or 5 years before seeking export opportunities”.

New wine regulations that came into force in 2011 now make things easier for winemakers bottling less than 10,000 litres per year. Some of the requirements have been simplified for small-scale producers. Cidermakers have benefited as well from such changes, but the sales will never skyrocket if such a level of production is maintained.

Tomasz knows like few others the vulnerabilities that frustrate local initiatives in his country: “The excise tax on all alcoholic beverages below 5% was reduced. However, it’s barely possible to make a decent and natural product without exceeding this threshold.

“Apple trees have been grown in Poland for nutrition over the last centuries. Most of the indigenous ones give sweet fruits. Additionally, the inedible apples that are part of European cidermaking tradition were never to be found in this country,” he explains.

A good blend of cider requires some sweet apples to transform the sugar in alcohol. But, also, acidic apples are needed to maintain cider’s traditionally pale colour. Not to mention bitter varieties that provide the tannin for a full-bodied flavour.

Tomasz and Marcin have never stopped experimenting with new products. In 2013, they poured into bottles a single-cultivar cider exclusively made from Antonówka apples. Until present, this acidic cultivar has been mainly used for fruit preserves or strong spirits.

An overwhelming majority of the varieties cultivated in Poland before the Second World War were imported from other European nations. According to a study published by botanist Edward Jankowski in 1923, this was due to poor botanical knowledge and lack of skilled gardeners in Poland.

Additionally, fruit growers had to start all over again a number of times because Poland was almost relentlessly devastated by wars and invasions over the last centuries. Old native cultivars are nowadays gold dust but can still be found on a bunch of fruit stalls across the country.

Wiesław Cichowski is a respected grower from Brzesko County who sell his fruits in the Kleparz Market Square in Kraków. He has never stopped promoting a number of noble but neglected indigenous cultivars including Kosztela, Koksa, and Malinówka. Because of their sweetness, such apples, however, are not a top choice for cidermakers.

Wiesław believes the gospel of efficiency at all costs, preached in Poland since Communist times, has done great harm to endangered apples: “Some of my trees are more than 70-year old. Even if they don’t give fruits every year I am proud of them. Socialist desk-jockeys persuaded almost every farmer to plant more productive varieties”.

The Agricultural and Food Quality Inspection in Poland (IJHARS) confirmed that the most recent examination of cider was conducted during the 3rd quarter 2014. No evidence of adulteration was found in the 8 samples that were screened by IJHARS inspectors.

However, the lack of product-specific regulations and standards, which the cider industry needs to comply with, is another Achilles’ heel. Producers are allowed to carbonate their drinks as well as to add sugar and flavouring agents after fermentation. More often, the juice is just one of the many ingredients used to manufacture pseudo-ciders.

In the summer of 2014, Minister of Economy Janusz Piechociński supported the creation of a draft law to legalise television cider publicity. This initiative, devised in response to Russian food embargo, eventually remained a dead letter. In Poland beer is the only alcoholic beverage that has the privilege of being advertisable after 8pm until 6am.

Henryk Nowakowski descends from a line of respectable cidermakers in Lituania. In the aftermath of World War II, Poland’s borders were redrawn. His family was transferred to Trzebnica, a small village near Wrocław.

Henryk didn’t know that cidre de glace has been already produced in Canada when he came up with this idea of using frozen apples for fermentation. He explains: “I took inspiration from the producing process of ice wine. I am proud of the fact that my ciders are now available in some restaurants in Wrocław, Warsaw and Gdańsk”

Nowakowski’s ice cider has an intense amber hue and takes with a very mellow apricot jam taste. Overall, Poles are accustomed to drinking kompot from their childhood. Furthermore, Polish cuisine is not particularly salty. This possibly explains why they generally prefer semi-sweet and sweet wines.

Their drier counterparts, however, are carving out a niche for themselves in the Polish market. Kwaśne Jabłko, Ignaców, and Cider Inn began to craft ciders that could be paired without looking back with salty and spicy dishes. Cider-drinking culture is on its way in Poland and will offer significant growth potential for producers.

A number of emerging trends in the local cider-making scene indicates that the future promises to be quite rosy in Poland. Jacek Szklarek, president of Slow Food Polska, is confident about that. “Over the last year local crafters have made a big leap forward in terms of quality since Anita Chachulska produced her first cider in 2004 very near the Baltic Coast in Sławno County”.

He is aware the quality and diversity of raw material grown is the greatest asset for indigenous cidermakers in Poland: “Younger generations have heard about old cultivars but don’t know how they look and how they taste. We need to support fruit growers to give neglected apples a resurgence”.

6 thoughts on “The Rise of Polish Cider”