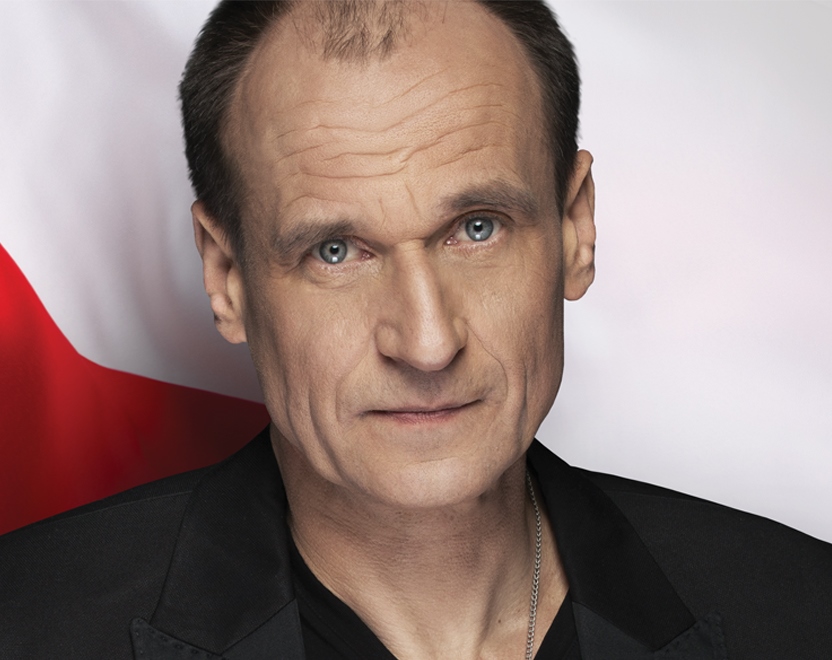 During the recent 2015 presidential elections, many were surprised by the sudden rise of PiS (Law and Justice) candidate Andrzej Duda versus the then-assumed victor Bronisław Komorowski. What also surprised people was the second runner up: former rock singer/actor and independent runner Paweł Kukiz.

Dubbed by most as the dark horse of the 2015 elections, Kukiz was seen as an unlikely contender in the elections. However, in many ways this played to his advantage and won him a large and growing online following. Riding on the last waves made by his surprise third place in the elections, Kukiz is preparing for the parliamentary elections and making a case for his relevance.

While he is most known for being the vocalist of the Polish band Piersi (Breasts) for a large chunk of the 80s and 90s, he was also a student at the University of Warsaw studying Political Science (although he did not end up completing his degree). Kukiz’s political involvement prior to 2014 was in the form of endorsements: in 2005 for Donald Tusk and 2010 for Marek Jurek. However, his own association with the Civic Platform has been mixed since they dropped his populist aim for single-member constituencies with a first-past-the-post system—in which Poles would vote for individual candidates in elections rather than for parties.

Kukiz’s direct involvement in politics outside the sphere of endorsement stemmed from the 2010 launch of his site zmieleni.pl (now ruchJOW.pl), a site focusing on changing the civil movement in favor of single-member constituencies. Here we see Kukiz’s main appeal; he is the everyman’s politician. In Kukiz’s eyes the current political structure allows for a privileged elite to govern, putting their own interests ahead of the rest of the population. With the launch of his site, Kukiz’s message was distilled to this main area of reform, in the interests of allowing citizens to hold their representatives directly responsible rather than parties.

In 2014 Kukiz ran and was elected councilman in the local elections for the Lower Silesian Assembly. However, not being associated with any of the major parties due to his divergent beliefs and aims, he ran as an independent in the 2015 elections. While this gave him freedom, it also limited his resources. Nevertheless, Kukiz still came in third in the first round of voting, pulling in 41.1% for the 18-29 demographic (most of those being students)—the highest out of all the candidates.

As for sentiments toward the two parties, opinions vary. The political scene in Poland has been long dominated by two parties, Law and Justice (PiS) and the Civic Platform (PO). This has created much friction over traditional views and increasingly modern ones, which has arguably been the central focus of debate since the 1989 round table talks. This internal conflict has left general dissatisfaction and weakened the legitimacy of past governments.

In this alienating political climate, many Poles about to graduate or enter the workforce consider simply emigrating due to the limited opportunities. Of all the candidates Kukiz’s own anti-government stance appeals to them the most, with Kukiz’s two Facebook pages (one for his movement and one for his political campaign) bringing in a total of over 500 thousand likes, more than the winner and the runner-up combined.

“I think if the image of Kukiz as just a critical and anti-system figure is broken, it will be because that information is more desirable for the media,” says Krzysiek Maciaszek, a volunteer for the Krakow division of Kukiz’s campaign. The true mark of Kukiz’s relevance came after the elections, after all the questions had been asked and answered about how he got to third place the true momentum picked up.

“Kukiz’s movement recently formed itself, after the elections, “Maciaszek continued. “I myself was more of a spectator during the elections up until the result day. I got involved during the first post-election meeting.” The site Kukiz launched in 2010 now is named after the single-member constituencies he fights for, JOW (Jednomandatowe okręgi wyborcze) in Polish. The movement is often talked about now in the Polish media, and although a recent referendum failed to garner the necessary turnout, it’s an increasingly popular idea.

Now, as the parliamentary elections are creeping up, Kukiz faces the challenge of trying to remain relevant. Without any major party affiliation, Kukiz needs to justify the role of his movement.

For some he has marked a new wave of Solidarity, with Kukiz’s biggest case in the elections being his movement and relevance outside of the surprise of the presidential elections. At the same time current Prime Minister Ewa Kopacz is struggling to convince the public that she and her party remain legitimate in the wake of a series of high-profile scandals in her government.

With growing dissatisfaction, Kukiz might be in the right place at the right time. Without leaning too far left or too far right, it is Kukiz’s anti system sentiment that makes his mark alongside Janusz Palikot’s (Your Movement) and Janusz Korwin-Mikke’s (KORWiN) outside the two major parties. However, Kukiz’s own reluctance to identify himself beyond the image of an anarchist may be his biggest weakness.