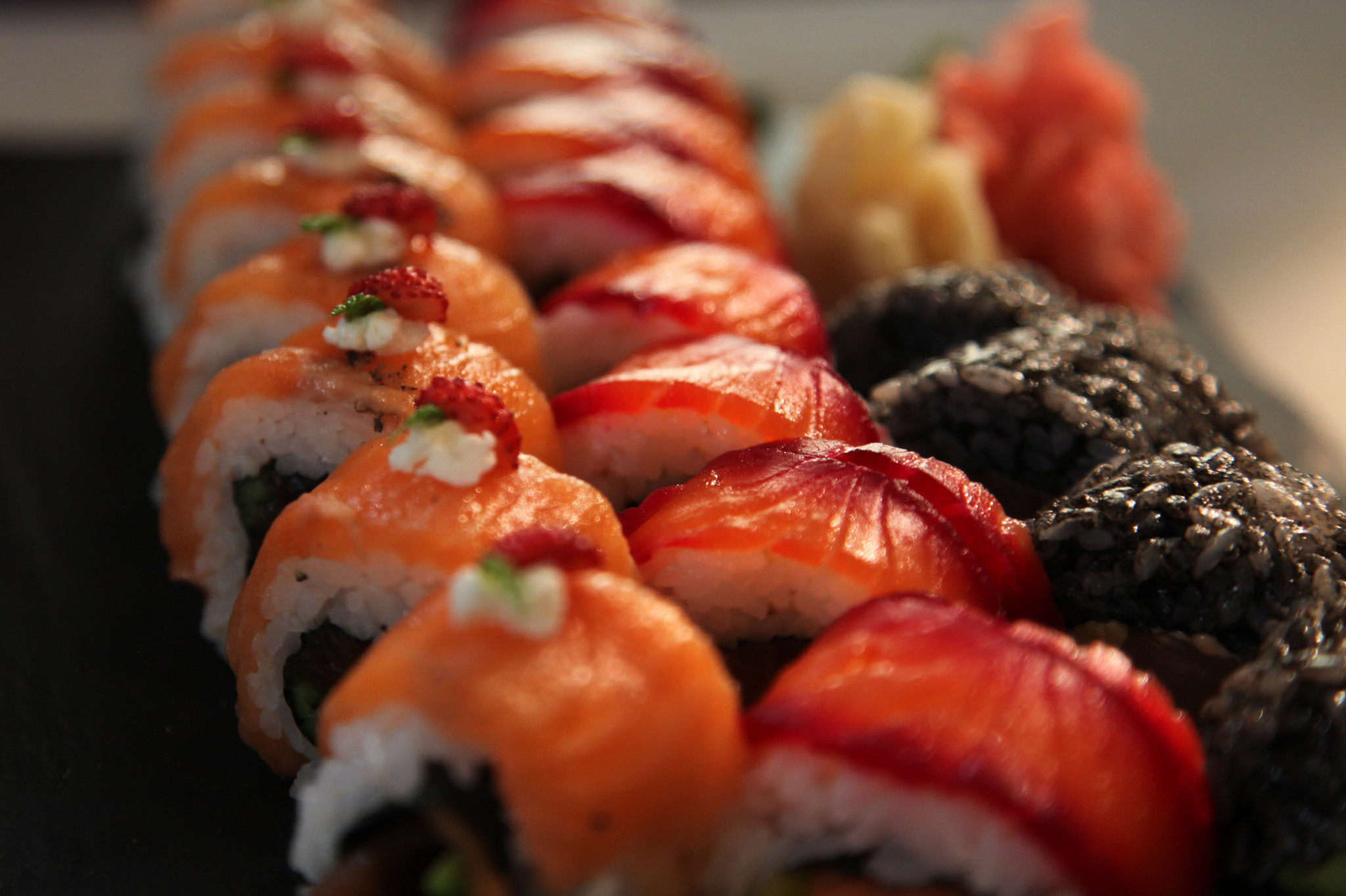 Until about five years ago, sushi restaurants in Krakow were very few and far between. Then suddenly, like proverbial mushrooms, they began to proliferate to the point where, today, we are almost spoilt for choice. Sushi connoisseurs often say that there still isn’t the quality available, but I have to disagree—getting good sushi in this town is no longer a problem, but getting affordable sushi often is, and it is this obvious gap in the market which Nine Kitchen is trying to cash in on. 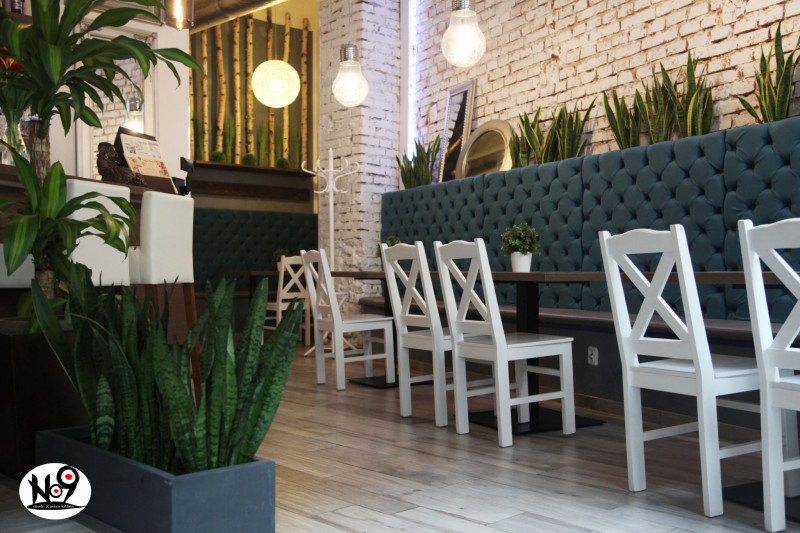 The owner, Kamila Mroczek, is a Canadian Pole from Vancouver and clearly knows this fact. “Vancouver is a city with a large Asian population where Japanese and Korean food is widely available and comparatively inexpensive. Our aim is to try and emulate that here. We try to aim ourselves at the section of the market which is looking for high quality food without having to fork out too much for it.” In a competitive market, that could be a wise move.

The restaurant is located on ul. Miodowa—the heart of Kazimierz—and in a bustling culinary scene in this area, that can be a double-edged sword. Just within a few hundred square metres here now, there are several Asian restaurants. What sets Nine Kitchen apart is that it is a Fusion-style sushi bar whose menu offers a range of Asian and European dishes. The interior is fairly basic—bare brick walls, plenty of greenery, brightly lit and large windows opening out onto the street—airy and fresh, perfect for the summer although perhaps lacking cosiness for the colder months. There is a back room though in an S-shaped layout. The overall ambience is calming and the music soothing and gentle, which for me is a big thumbs-up. Music policy should be given much more thought in general, and several otherwise decent eateries I’ve been to have been spoilt by poor, loud, or simply no music at all. There is a sushi master carefully preparing the food behind the bar, and the waiters are attentive, if perhaps lacking in perfect English. 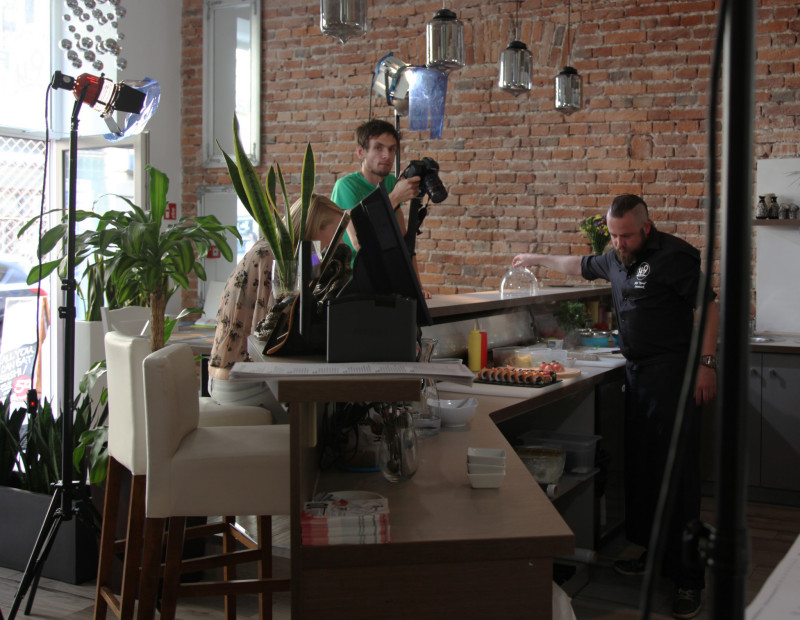 The menu is divided into starters, soups, salads, noodle dishes, mains, and desserts, with a separate sheet for sushi—clearly the main event of the restaurant. Beers always come first and there are three Asian ones on the menu—Sapporo, Kirin Ichiban and Asahi. (0.33l, all 13zł). My partner tried a sweet Japanese wine called Choya Silver (150ml, 11zł). In general, the list of alcohol is not extensive, but this is not normally a priority in an Asian restaurant, where beer is the best alcoholic accompaniment.

I kicked off the meal with garlic and chilli fried prawns, served with a mini salad and citrus dressing. Not a specifically Asian dish, it is a good representation of what the menu is trying to do—appeal to people who may not be too au fait with Asian cuisine. It was well-cooked and delicious, the prawns fresh and crunchy—a perfect starter, and priced at 24zł, the most expensive one available. My partner’s deep fried vegetable tempura looked and tasted great too—crisply fried and satisfying, the brocolli in particular was very good. I tried a ramen soup next—containing udon noodles, egg and salmon, it was a good entree which could serve as a lunchtime snack, with a generous amount of fresh tuna and noodles, modestly priced at 12zł. 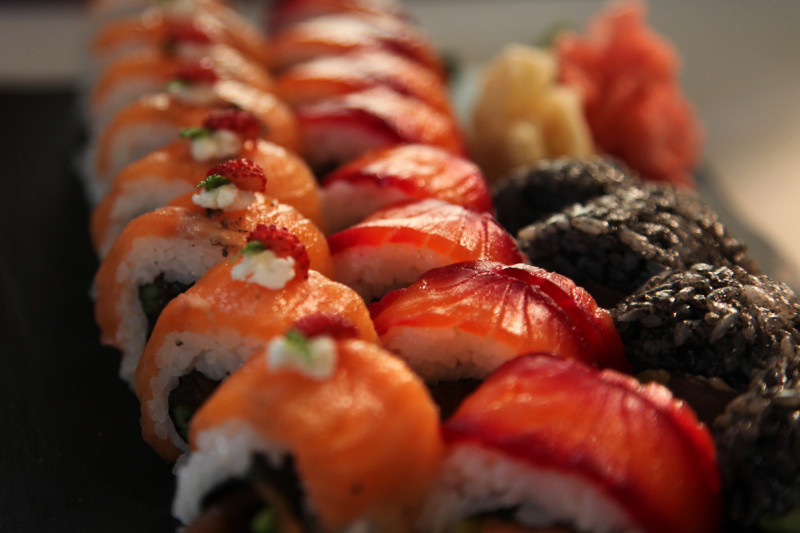 Moving on to the sushi, there is a wide choice of futomaki, uramaki, sashimi, nigri and hosomaki; prices range from 12zł for six pieces of futomaki to 31zł for sashimi sea bream or tuna. I decided to have six pieces of grilled futomkai with butterfish, calabash, cucumber and crushed pistachio (16zł) and eight pieces of uramaki with tuna, cucumber, chives, radish, spicy mayo and tobiko (27zł). While I’m by no means an expert on sushi, I know my onions enough to recognise good fresh fish and ingredients, and there is nothing inauthentic about this. At this price, I have to say it’s some of the best sushi I’ve tried in Krakow, and I’m sure that, once the word gets about regarding the reasonable prices, this could become the go-to place in Kazimierz for an inexpensive Asian feed in a restaurant setting.

There is no great mystery about sushi; it’s basically rice and raw fish with vegetables with soy sauce, ginger slices and wasabi paste. While I know there is an art to it, restaurants in this city (and country) have been taking advantage of the perceived exoticism of it for a while, so it’s refreshing to see someone demystifying (and de-pricing) it. There are several ‘zestawy’ (meal deals) available where the average price per piece is 2-3zł and there is an eat-as-much-as-you-want option for 59zł. You can’t ask fairer than that.

My main dish was salmon marinated in miso paste, served with stir-fried rice with ginger, pea puree and teryaki sauce (31zł). It was presented, as was the sushi, on cool rough black slates, a nice touch.
The dish while not a revelation, was a decent enough stab at pan-Asian cuisine which will probably appeal to everyone and offend no one. While I applaud the attempt to woo the average punter with such fusion-style fare—and this was by no means a failure—my one reservation about this restaurant is that in broadening its appeal so, it may never truly be respected as an absolutely authentic experience. Still, when the food is generally so tasty, who cares? 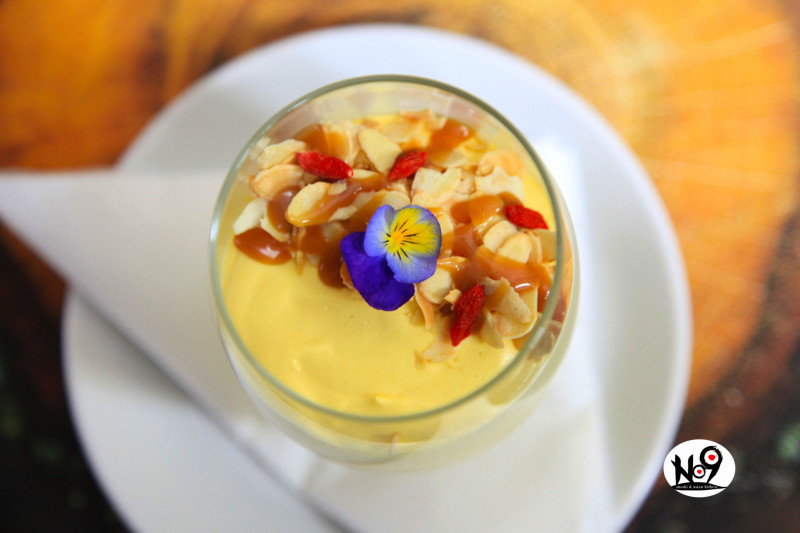 My dessert was a green tea cheesecake—light but not too dainty, sweet and just Asian enough to justify being on the menu. The other options were mango mousse, chocolate cake, and black current ice cream, the latter of which I also tried and can confirm was a refreshing accompaniment to the cake.

I have a feeling this addition to the Kazimierz dining scene will be around for some time to come. While I can’t guarantee you’ll leave here on Cloud 9, you will certainly feel pretty satisfied, and most importantly, you won’t have broken the bank. Time to get your sushi on.

2 thoughts on “Drop In: Nine Kitchen”