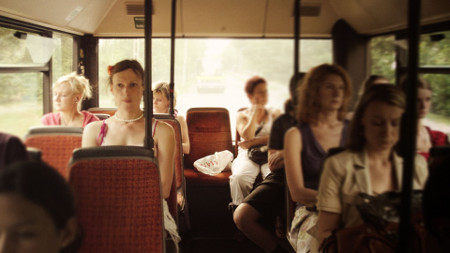 A Polish documentary about Marianna Klapczyńska, who sued her own parents and left her wife of 25 years in her bid to live as a woman, has won the main prize at the Krakow Film Festival.

Call Me Marianna is the story of Marianna Klapczyńska, who, according to Karolina Bielawska, decided that she had two choices in front of her – commit suicide as a man, or attempt to be who she felt she was… a woman.

The film offers a frank and open perspective charting Marianna’s course from man to woman, even following her to her sex change operation in Gdańsk.

Bielawska said the operation itself was, for doctors, simply another procedure to help patients. But, she added, the law in Poland makes it difficult for transsexuals to fulfill their goals.

Speaking to Onet Film, she said: “I think that we need changes in Polish law that would facilitate the process of gender reassignment. Because it is a hard and long fight. First a person has to sue their parents, who, regardless of the age of the child, must agree to change the entry on the birth certificate. Only this record is allows you to change documents and proceed to gender reassignment surgery.”

The film’s success comes at a high point of discussion of trans issues in Poland and abroad in the wake of American celebrity athlete Caitlyn (formerly Bruce) Jenner’s announcement that she is a trans woman, appearing in an Annie Leibowitz photo shoot on the cover of Vanity Fair in a piece coincidentally titled “Call Me Caitlyn” and sparking a popular #callmecaitlyn trend on Twitter.