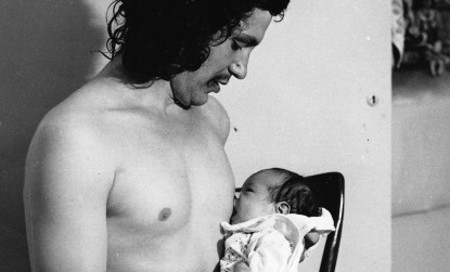 An exhibition at a Krakow gallery exploring the role of gender in art has sparked a protest by conservative Christians in Poland who claim it is ‘profane’ and should not be in a publicly funded institution.

MOCAK, the museum of modern art in Krakow, launched the exhibition ‘Gender in Art’ in May. It presents the work of 40 artists who challenge the cultural determination of gender roles in society.

The museum’s website states: “Who is a man or who is a woman… depends largely on the one who manipulates these images. For centuries, the concept of gender has remained in the hands of religions, which have imposed ‘proper’ social roles on the representatives of different sexes. This has been going on for so long that it has come to be seen by many as a law of nature.”

The information text about the exhibition adds that women have been ‘reduced to weaker, more stupid, subordinate’ people, adding that a person’s gender should ‘cease to be an ideological construct’, and become their ‘individual decision… that is closest to their sense of identity’.

The exhibition includes images of nudity and transvestism, which, along with the criticism of religion as the controlling element of identity, has drawn criticism from the Catholic right.

The portal PCH24 reports, under the headline ‘Gender in art for your money’, on a petition that has been set up, in protest at the exhibition.

The petition reads: “There should not be a place for such projects in a public museum… one that is financed with taxpayers’ money. The official description of the exhibition directly informs that its purpose is not to promote the art, but to fight against traditional values.”

The petition accused the exhibition organizers of demonizing the Catholic Church, and says the weapons it uses include ‘blasphemy, profanity, and explicit or pornographic images’.