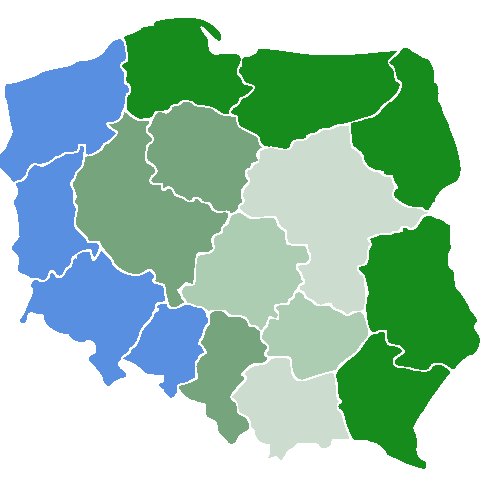 Many Poles still feel it. A chill wind from the east.

Since the beginning of the Russian invasion of Ukraine last year, there have been worries that Poland might be next. The Krakow Post recently debated the merits of these fears, and The Guardian depicts a Polish people still on edge, cracking dark jokes about the end of the world.

But how would the country actually react in the event of an invasion? Polityka surveyed men in Poland between the ages of 18 and 30 and broke the responses down by voivodeship. The results may surprise you.

These varying viewpoints, representing in some sense a stark national divide, will be weighing on the minds of many in the coming days as Poland prepares to elect a new supreme commander of its armed forces in the Presidential election on Sunday, 10 May.

So where do you fall on the spectrum? Let us know what you think in our survey below, and we’ll report on our own results soon.