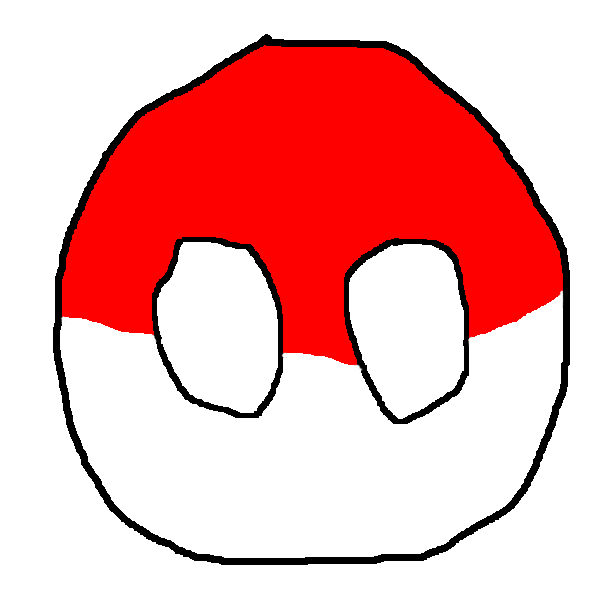 What began as an anthropomorphic upside-down Polish flag is now teaching—and satirizing—history, culture, and international relations to the internet generation.

Like many online memes, Polandball emerged from the chaotic depths of an anonymous internet image forum—in this case the international section of Krautchan, the German equivalent of 4chan. In 2009, British user FALCO posted a series of comics featuring the crudely drawn, grammatically atrocious, incorrectly colored circle character not to make any sort of political commentary but rather to provoke a popular Polish user.

The early strips were generally characterized by gentle jibes against Poles for their reputation for poor English and an international inferiority complex.

However, the idea soon went viral, and users on social media sites the web over were quick to create a veritable United Nations of “Countryballs” representing everyone else.

Are they shallow stereotypes? Yes. Do they look like they were drawn by a six-year-old? That’s part of the joke. But at times they also offer insightful and hilarious satirical commentary on history and global events in a way that anyone can understand.

Thus the genre grew far beyond its roots of inside jokes about Poland to include a ball representing the overall EU (the naïve love-child of Franceball and Germanyball), a monocled and top-hatted UKball constantly moaning about its bygone glory days, a USAball blustering about in cool shades and sucking down Canadaball’s oil, and more.

Now, the meme boasts nearly 400,000 “likes” on Facebook and around 250,000 followers on reddit, where users continue to contribute (at times increasingly artistic and complex) comics about issues ranging from the Ukrainian crisis to why Americans must be so loud on the train.

It’s also gotten attention from the Polish media. Gazeta Wyborcza reported on it (po polsku), and, on Culture.pl, Wojciech Oleksiak wrote an in-depth English analysis, including a presumably tongue-in-cheek guide to drawing a Polandball.

Reflecting more deeply, Oleksiak identified four main stereotypes of Poland that seem to emerge from the comics: poor English (in fact, the opposite is true), having a chip on its shoulder about its recent history, a penchant (on the other hand) for bragging about Poland’s moments of glory, and being “a dull-witted country full of psycho-Catholics.”

Polish readers of the comics, however, generally seem to have a sense of humor about the way they’re depicted, as well as everyone else whose country is equally mocked and oversimplified. In fact, the stereotypes are an essential part of the in-joke of Polandball. For the most part they come from a place not of real spite, but of humorous self-deprecation and good-natured ribbing of one’s international fellows. Internet communities, after all, have evolved cultural ties that perhaps rival those of nations—or, at the very least, they have the ability to smush far-flung people a little closer together on the map.

2 thoughts on “How Polandball can of taking over internets”