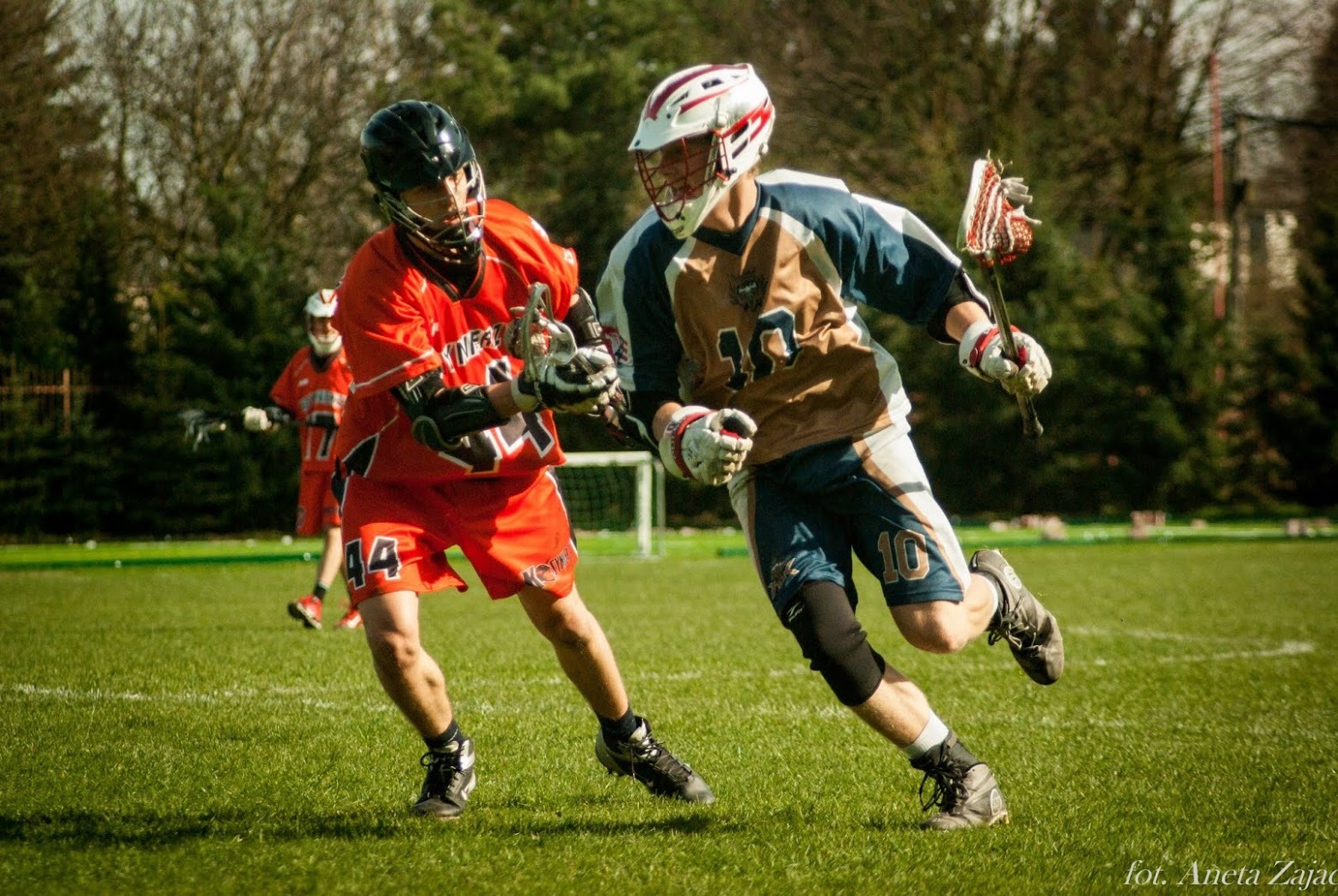 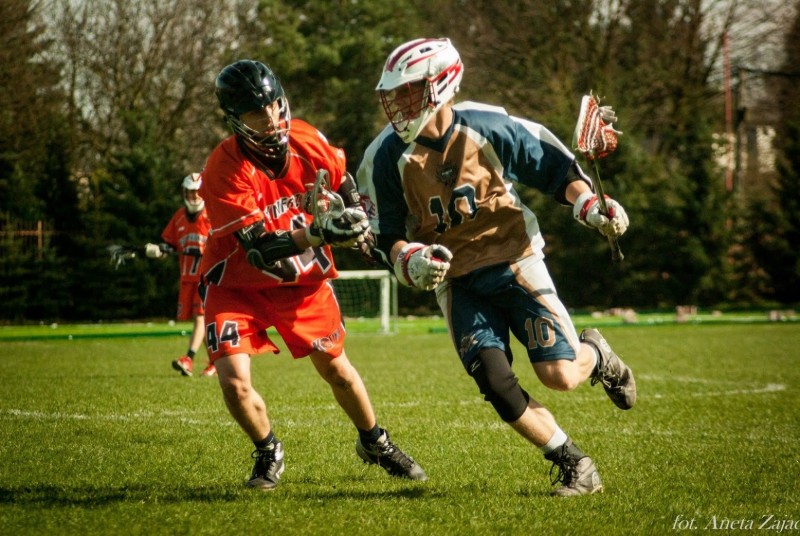 Being Canadian, I am ashamed to say I had never witnessed my country’s national sport firsthand… until now! As spring set in on a Sunday morning and the glistening sun forced pearls of water from the cold Żywiec down my fingertips, the warmth of the sun hitting my flushed cheeks and the wind entangling my hair, I could not have been anything but satisfied with my first experience as a spectator of this riveting game of lacrosse.

The Krakow Kings took on Kosynierzy Wrocław at the stadium KS Bronowianka Street last Sunday. The game had the spectators at the edge of the stands cheering and screaming insults, which of course instantly caught my non-Polish ears’ attention. The Kings suffered a shaky start, but conquered the 4th quarter scoring 3 consecutive goals. Despite the King’s valiant efforts, the game ended with Wroclaw taking the win 11-6. 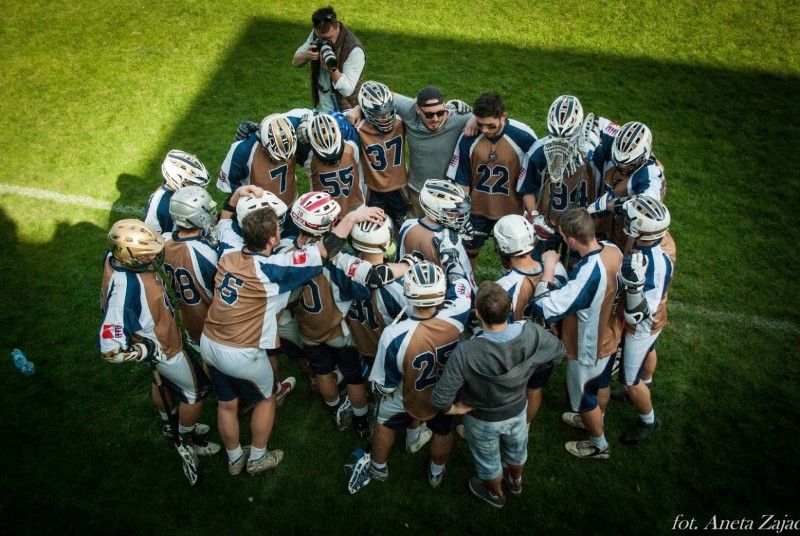 Even though the team’s defence was well-calculated—be it the impressive goalie Przemysław Tabor clocking in more saves than seemed physically possible (Tim Howard style for all you FIFA fans) or the masterful face-offs and swift tackles by the team’s most celebrated midfielder, Patryk Piękoś (No.10)—the team lacked a strong offensive strategy. The lack of sufficient goals notwithstanding, every point on the score card added to the team’s credibility with perfectly timed and meticulously executed passes. 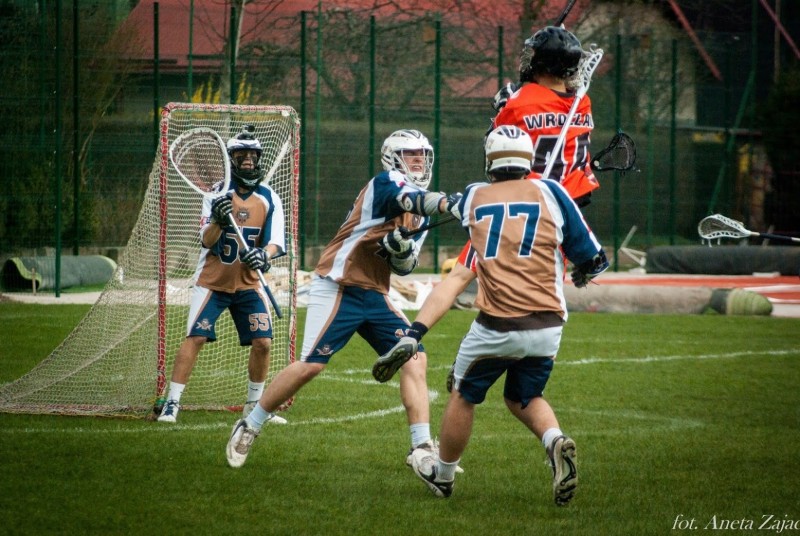 Unlike many other spectator sports, not a moment passed where the fans weren’t engaged and enthralled by the sheer stamina and enthusiasm, especially featured during the numerous spontaneous fights between players that broke loose… as if life and death depended on the outcome of this unofficial rivalry match. And maybe it did! It’s a shame not more Cracovians were present to support our mighty lacrosse team. I write this article with a promise that your next afternoon spent watching the Kings will be one of the best ways to add a sprinkle of excitement to a lazy Sunday. 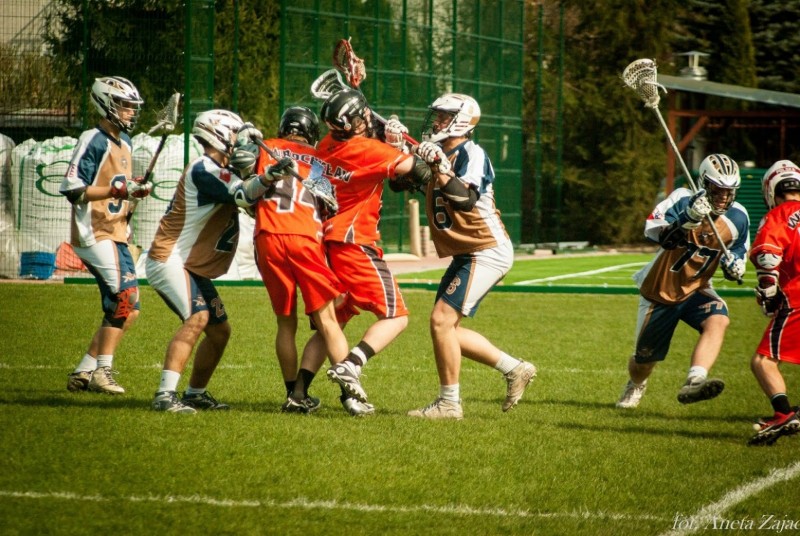