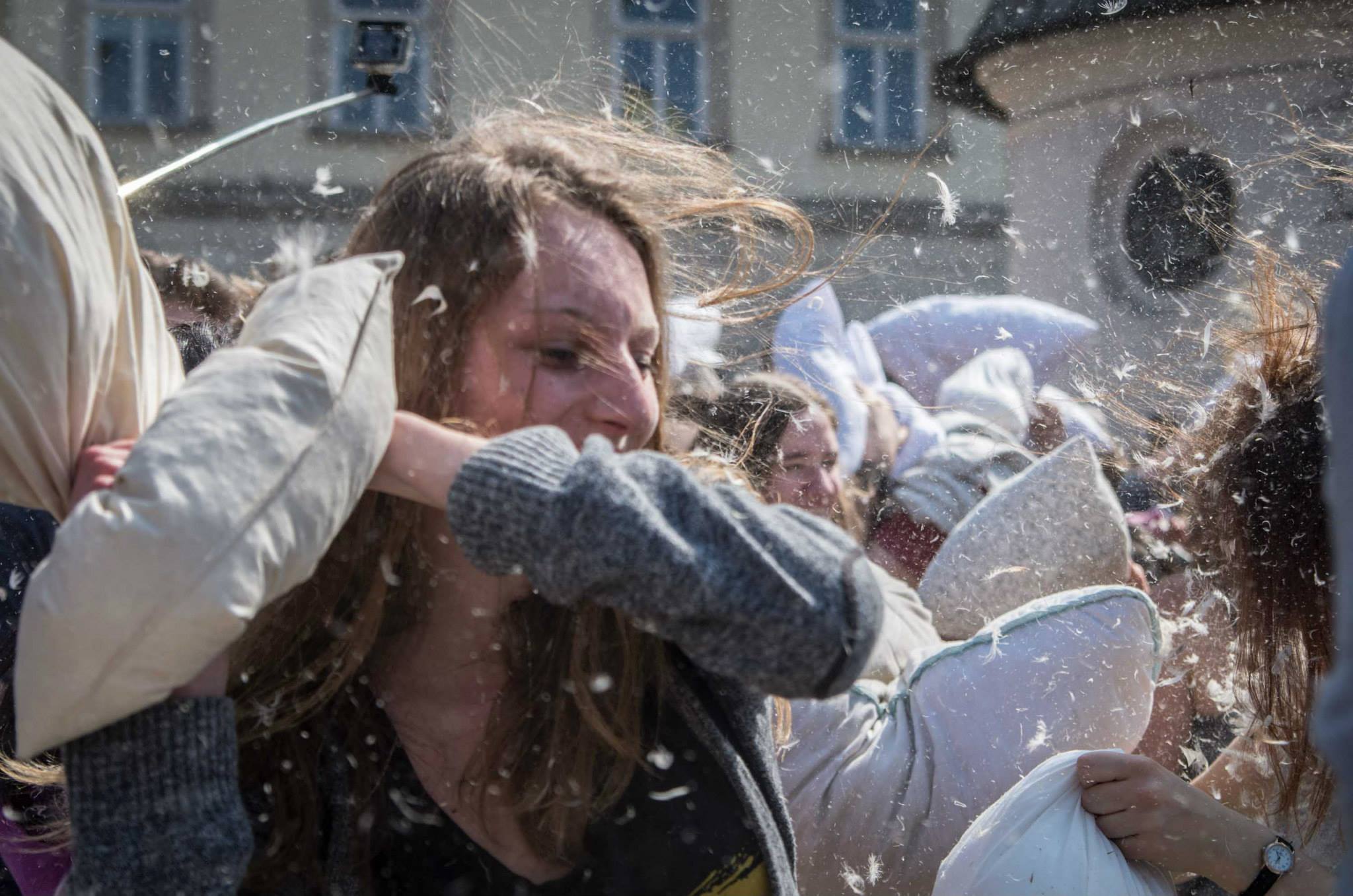 Saturday at high noon—the traditional time for duels in westerns—close to a thousand people formed a flash mob on Krakow’s main market square for an all-out melee with feather-stuffed pillows.

Most of them were university-age, though some smallest warriors were just past crawling. Many wore pajamas, a few taking it to an extreme with fuzzy costumes of bunnies, giraffes, and tigers, hoping to win the contest that followed. Though the center of the fray was indeed embroiled in furious clobbers and counter-blows, the air thick with white feathers which drifted across the entire Rynek, it was all in good fun, and afterward the foes joined forces to make sure the area was tidied up.

The event was organized by the student culture organization All In UJ, who took the opportunity to collect donations for the KTOZ animal shelter and the Unicorn cancer support association in Krakow.

Check out the gallery of photos from the event by Agata Zu Jabłońska exclusively for the Krakow Post: