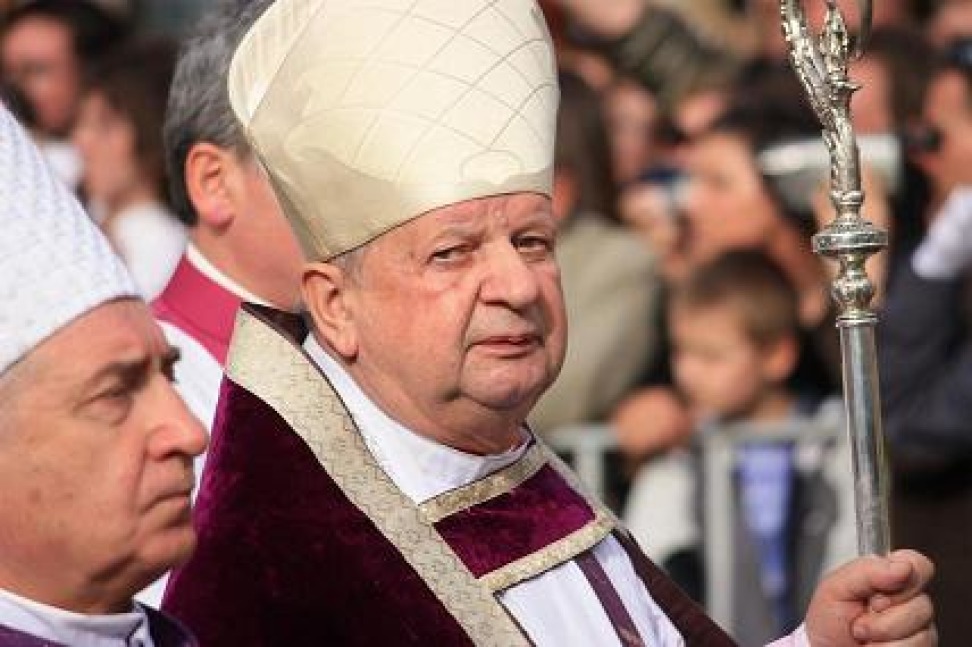 Hundreds of students in Kraków joined the city’s archbishop, Stanisław Dziwisz, for a march in protest at ‘immorality and decadence’—proclaiming that they are ‘worse than smog’.

The event took place on the evening of March 22, through the streets of the city centre and to Rynek Główny. Carrying a huge cross, white lilies, and a supposed relic of the blessed Karolina Kózka, they marked the stations of the cross, praying for purification of Kraków.

The Christian portal PCH24.pl reported that the march represented a ‘greater unity of love’ in Kraków, and that it was a protest against the ‘syphilis of shamelessness, lust, perversion and general filth’ that was infecting the souls of Cracovians as smog was affecting their lungs.

Known as the ‘Academic Stations of the Cross’, the marchers included representatives from most of Kraków’s universities, as well as from the armed forces.

Karolina Kózka was chosen to represent the march because for Catholics she is a patron of the Movement of Pure Hearts. She died a virgin at the age of 16, in November 1914, after being beaten by a Russian soldier who attempted to rape her near her home at Wał-Ruda, Małopolska. She was beatified by Pope John Paul II in 1987.

3 thoughts on ““Worse than smog”: Cracovians march against decadence”