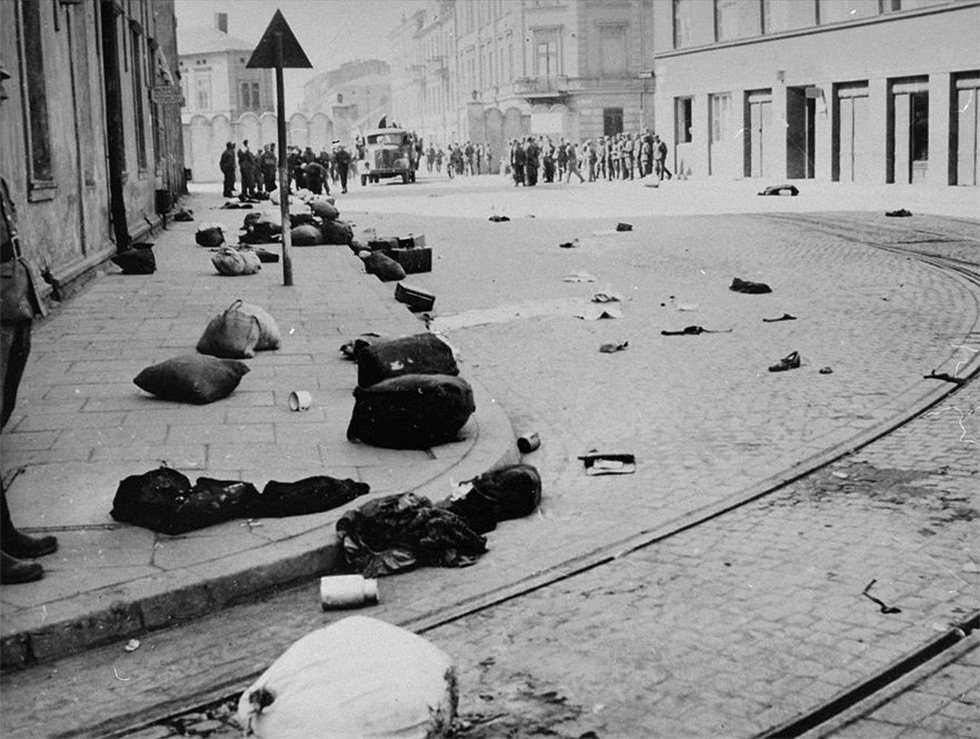 There are ghosts in Kraków. The city, under occupation by Nazi Germany, was once the headquarters of Hitler’s General Government—and every street is haunted by memories of the terror and murder that were wrought on the ordinary folk who lived, and died, here.

One of the most poignant places from Kraków’s wartime history is the former ghetto, to which Jewish Poles were herded. There, many died through random acts of murder, through starvation, or through sickness brought on by grossly overcrowded an insanitary living conditions. For the survivors of the ghetto, a different kind of hell awaited, at Auschwitz, Bełżec, and other death camps. Or they would be worked to death at the Płaszów labour camp in Kraków.

For two years, from March 1941 to March 1943, this small area of Kraków on the south bank of the Wisła river that comfortably accommodated 3,000 people became home to 15,000. The Nazi rationale for this was based on Hitler’s ‘ethnic cleansing’ of Europe; Kraków, as the headquarters of the new Reich in this region, was to become the ‘cleanest’ city in the General Government – and an example to others.

Out of the way behind walls of concrete that resembled giant Jewish tombstones, Kraków’s Jews were largely left to their fate – helped along by random beatings and shootings administered by their Nazi German captors. How many died there during the first year of the ghetto’s existence is impossible to say, but certainly, more than escaped.

But genocide is arduous work, as Auschwitz commandant Rudolf Hoess revealed in his autobiography dealing with the years 1940 to 1944, in a passage described by historian Norman Davies as ‘perhaps the most damning self-condemnation of human nature ever invented’.

When I saw my children playing happily, or observed my wife’s delight over our youngest, the thought would often come over me, for how long will our happiness last? My wife could never understand these gloomy moods of mine, and ascribed them to some annoyance connected with my work… I had become dissatisfied with myself. To this must be added that I was worried because of anxiety about the never-ending work, and untrustworthiness of my colleagues…

And so, perhaps driven by the conclusion that it was simpler to work Kraków’s Jews to death, or murder them at the death camps, the Nazis, under Amon Goethe, began to deport the inmates of the ghetto, in May 1942. From then, groups numbering thousands were transported, with the final ‘liquidation’ of the ghetto coming on March 13 and 14, 1943.

On those two days, around 8,000 considered capable of work were removed to Płaszów. The others were either shot in the ghetto streets, or transported to Auschwitz.

The day before this, March 14, at 13:30, there will be a free guided walking tour from the city centre to the ghetto, organised by Free Walking Tours Kraków. The walk begins at the Mariacki church on Rynek Główny.